The Alberta Serious Incident Response Team is investigating the circumstances that led up to a police officer shooting a suspect in southeast Calgary on Friday.

Officials said police responded to a scene in the southeast community of Radisson Heights at approximately 10 p.m.

When officers arrived in the 1500 block of 35 Street S.E., they found a man in possession of several weapons who was acting erratically.

A confrontation took place and officials say one of the responding officers fired their weapon and struck the individual.

"The man was immediately given medical care by officers and EMS on scene and has since been transported to hospital in critical but stable condition," police said in a release. 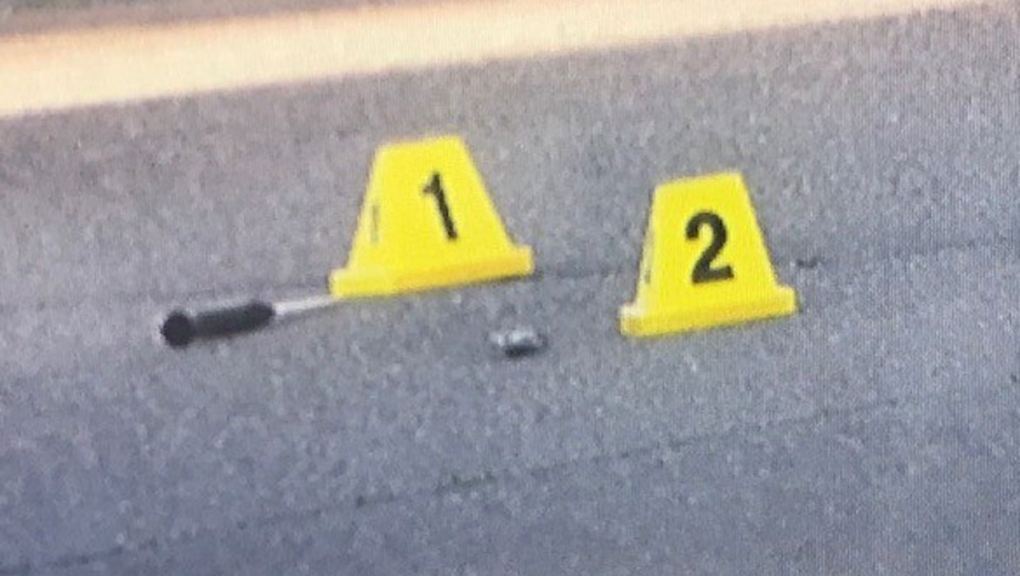 No officers were hurt during the incident.

Jason Hollyoake is a long-time resident of the area and says he was startled by loud gunshots.

“We were all just sitting around the corner on our balcony and I heard three distinctive ‘pop’ sounds so right away I got on my phone and called 911,” he said.

“It doesn’t shock me, I don’t feel like I need to move out or anything, but these kinds of things keep you extra cautious, to check my surroundings, everything everyone should do around here.”

Others living close by like Abhishek Sharma were completely caught off-guard.

“We got so scared, we live in a family environment and when I see police with a rifle outside of my door it makes me feel like I have to look left or right just to see if everything is OK.”

“I was just wondering what just happened? What did I just see? I don’t know the full situation, but this is so horrifying for me.”

Shiela Stevenson also heard the gunfire and immediately worried for the safety of her young children.

“I was freaked out,” she said.

“I just put my little ones to bed when we heard the ‘pop’ sounds and we all just got down and ran to the back of the house as fast as we could.”

Anyone with information related to the incident is asked to contact Calgary police or give an anonymous tip through Crime Stoppers.

Police firing tear gas after an Indonesian soccer match in an attempt to stop violence triggered a disastrous crush of fans making a panicked, chaotic run for the exits, leaving at least 125 people dead, most of them trampled upon or suffocated.

How a deadly crush at an Indonesia soccer match unfolded

A soccer match at a stadium in Indonesia has ended in disaster, with at least 125 people killed and more than 320 injured after police sought to quell violence on the pitch, authorities said on Sunday. This is how events unfolded.

Laughter lights up the gathering twilight at Langara College in Vancouver, where first-year health science student Jagiit Singh is chatting with friends next to the school's fountain. But his smile fades when he's asked about the cost of living in Canada since moving from India last year.

'The lunatics are trying to take over': Quotes from Kenney's time in Alberta politics

Premier Jason Kenney announced in May, following a leadership review, that he would be stepping down. Here are some key quotes from his time in Alberta politics:

Russia attacked the Ukrainian president's hometown and other targets with suicide drones on Sunday, and Ukraine took back full control of a strategic eastern city in a counteroffensive that has reshaped the war.