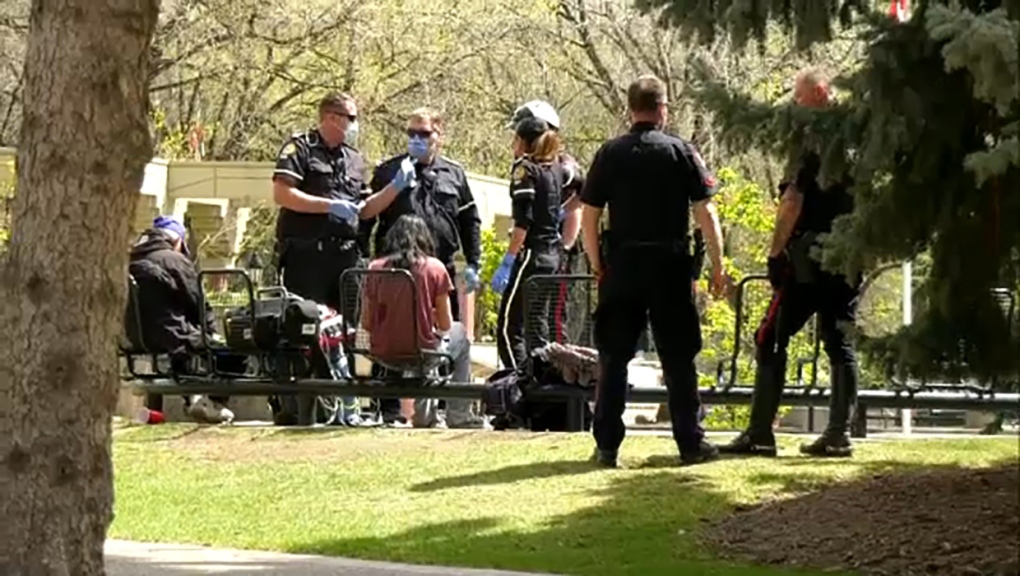 A man was assaulted in Olympic Plaza Monday around 1:30 p.m.

Police were called to Olympic Plaza Monday after receiving reports that a man had been assaulted.

The man, who was in his early 20s,  was located around 1:30 p.m.iand transported to hospital in serious, non-life threatening condition, according to EMS.

Police are viewing CCTV footage and collecting witness descriptions of the confrontation.

Anyone with information about this incident is asked to contact police at 403-266-1234. Those wishing to remain anonymous can call Crime Stoppers at 1-800-222-8477, online or by downloading the P3 Tips app available at Apple or the Google Play Store.

Canada has been without an ambassador to China for 6 months. What's the holdup?

At a time of enhanced global uncertainty and growing Chinese influence, the Canadian government faces mounting pressure to appoint a diplomatic representative in Beijing after the post has sat vacant for six months.

Quebec Premier Francois Legault's recent remarks are just repeating something that has become commonplace in Quebec: the notion that multiculturalism is a threat, writes former NDP leader Tom Mulcair in his latest column for CTVNews.ca.