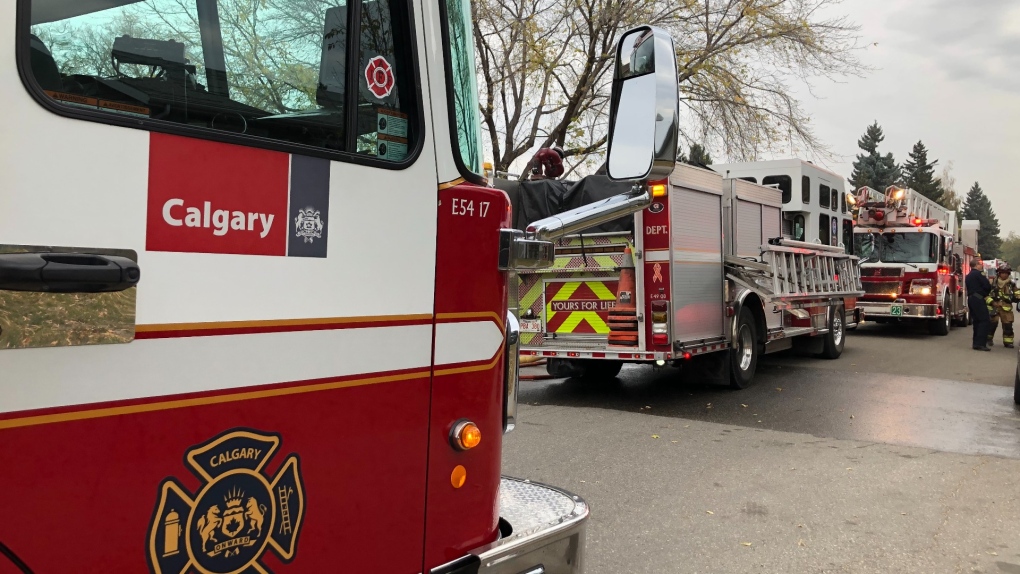 A Calgary Fire Department engine in the 2200 block of 39th Street S.E. Wednesday morning during a house fire response.
CALGARY -

Crews battled a house fire in a southeast neighbourhood Wednesday morning that left one man with serious injuries.

Calgary Fire Department members responded to the 2200 block of 39th Street S.E., in the community of Forest Lawn, shortly after 10 a.m. following reports a house was on fire.

Three people were inside when fire broke out in the kitchen. A fourth resident came home and alerted the others. All managed to escape and a cat and two snakes were rescued from the home.

The efforts of fire crews prevented flames from spreading to neighbourhing homes but there was extensive fire and smoke damage to the initial home, and fire officials tell CTV News the building is uninhabitable.

According to EMS, a man with serious injuries was taken by ambulance from the scene to the Foothills Medical Centre in stable condition. CFD officials confirm the injured man was in his 50s who had sustained burns to the front of his body while attempting to douse the blaze with a fire extinguisher.

The cause of the fire is under investigation and officials say there were no working smoke alarms in home.

The original version of this story indicated four people were inside the home at the time of the fire and 10 snakes were rescued, details that were provided by the Calgary Fire Department. Residents of the home say three people were at home and there were only two snakes inside the residence.