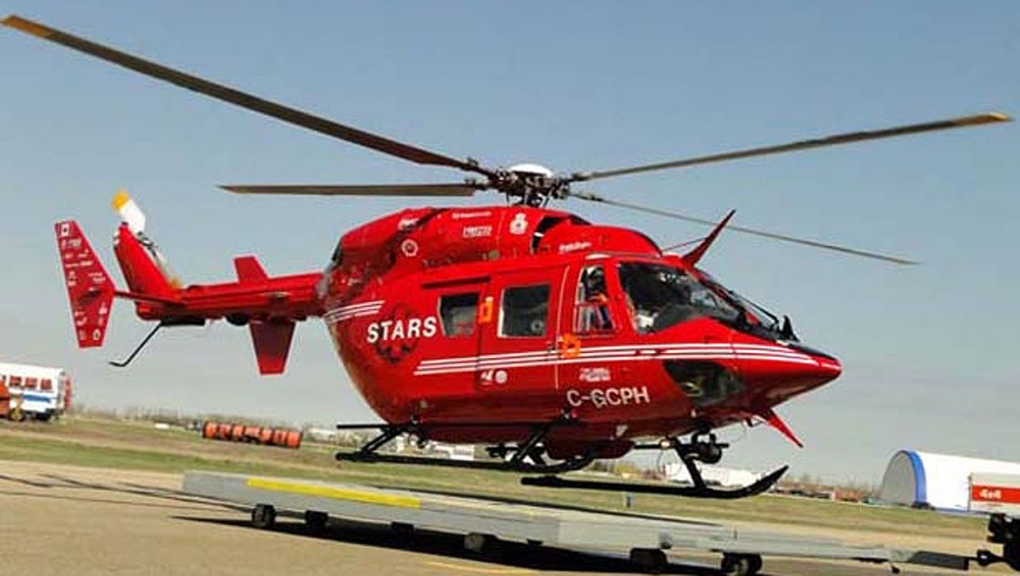 STARS Air Ambulance was dispatched to the scene of an early morning crash on the Trans-Canada Highway west of Calgary. (File)
CALGARY -

Multiple emergency teams, including the STARS Air Ambulance, have been sent to a crash scene in the westbound lanes of the Trans-Canada Highway Saturday morning.

STARS Air Ambulance was also called to respond to the scene at around the same time.

STAR-1 (Calgary) has been dispatched for a scene call emergency in the Exshaw, AB area.

Officials tell CTV News that a 45-year-old male was injured in the crash, where a vehicle came into contact with the guard rail near the Lac des Arcs campground.

The patient was flown to Calgary's Foothills Medical Centre in stable condition.