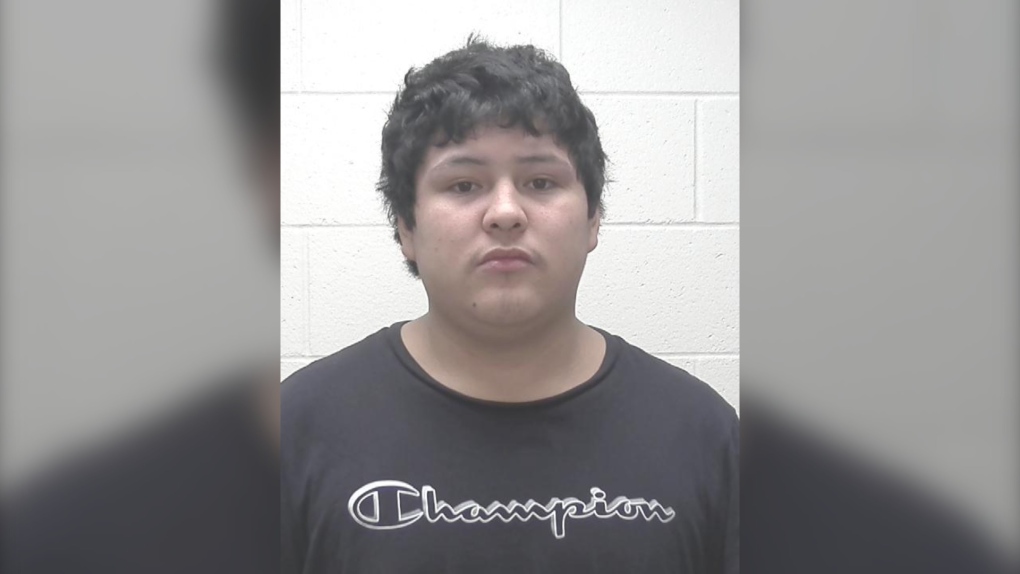 Lethbridge police are asking for the public's help in locating Mitchell Shot Both Sides.

Lethbridge police are hoping the public can help track down a man accused of brandishing a large knife during a break-and-enter and several attempted break-ins.

Currently, police don't know where Mitchell Shot Both Sides is. The 23-year-old has missed multiple court appearances since his 2019 arrest.

In October of that year, Shot Both Sides was charged with the following:

Police have released an image of Shot Both Sides, and ask that anyone with information as to his whereabouts call 403-329-4411, referencing file 19025110.

Those wishing to remain anonymous can contact Crime Stoppers online, through p3tips.com.

Security breach detected in October, believed to be sponsored by the Chinese state

The Canadian branch of human rights organization Amnesty International says it was the target of a cyberattack it believes was sponsored by the Chinese state.

Canada's auditor general is expected to release two highly anticipated reports on the government's handling of the COVID-19 crisis in 2021, including access to vaccines and pandemic benefits.

A new report released by the Council of Canadian Academies says that if Canada protects and enhances its natural ecosystems, the country can cut an estimated 6 per cent of its current annual greenhouse gas emissions.