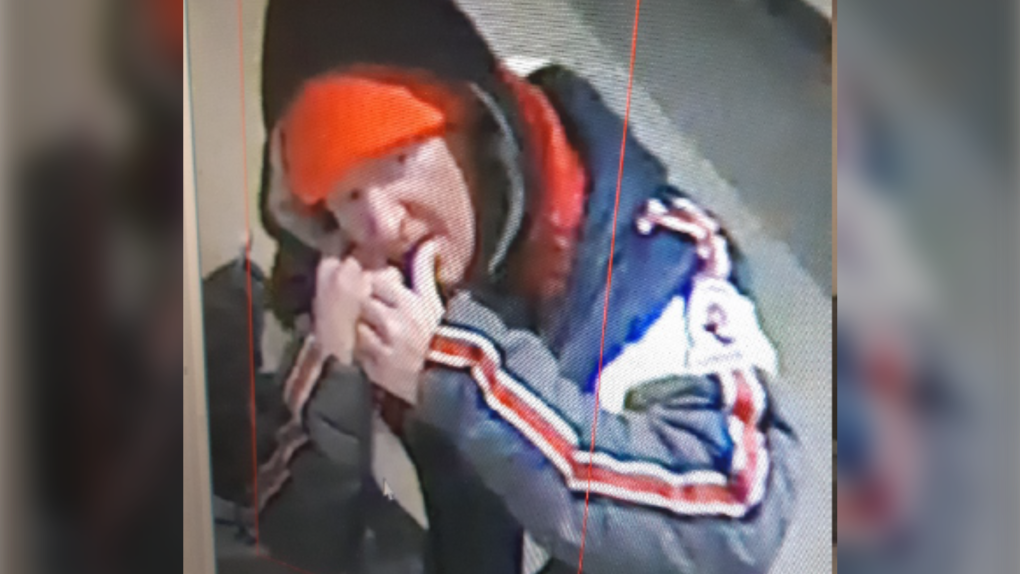 Surveillance still of Cory Carl Szabo, the 38-year-old Calgary man arrested in connection with an assault on a St. Mary's University employee (CPS)

CALGARY -- A man wanted for assault in connection with two random attacks at a university in southeast Calgary has been arrested.

Police issued a public plea last week for help finding Cory Carl Szabo, 38, and he was taken into custody over the weekend by Cochrane RCMP.

According to police, an employee at St. Mary's University in the 14500 block of Bannister Road S.E. spotted an unknown man in the building about 7 p.m. on Feb. 18 and questioned why he was there. The suspect told the worker he was attending a meeting on the campus and left.

Police say the suspect then returned about 40 minutes later and regained access to the building when the staff member opened a door. The suspect pushed the employee to the ground and proceeded to kick and punch him.

The employee suffered cuts to his face and arm as well as bruising to his back.

The investigation into the attack and a review of surveillance led police to identify Szabo as a suspect.

He is also believed to be responsible for a random tire slashing in the school's parking lot that took place five days prior to the assault.

Police believe the assault and tire slashing were random and unprovoked and they are not believed connected to a pair of random attacks in Fish Creek Park and at a Braeside off-leash dog park.