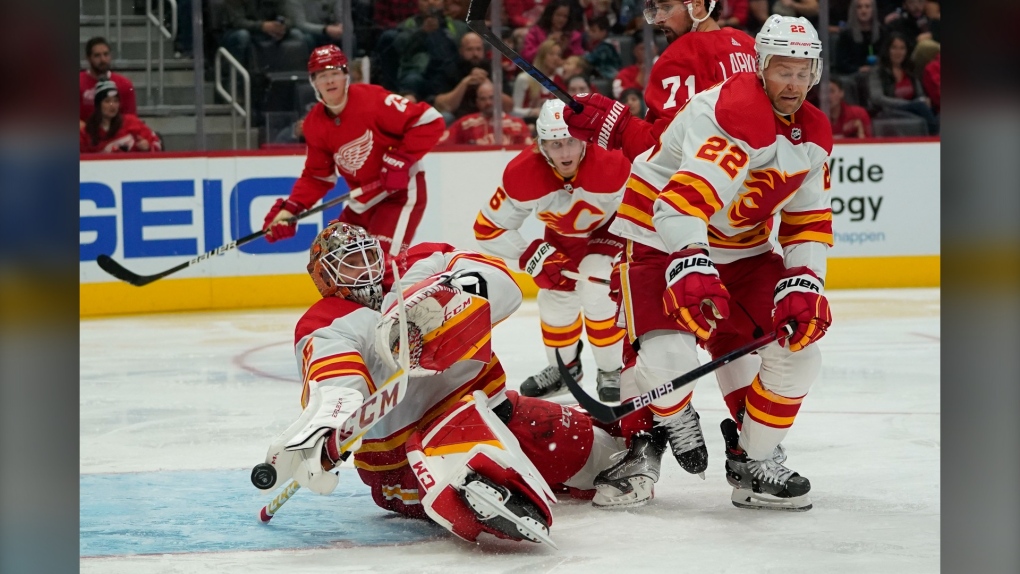 Markstrom recorded his ninth career shutout in his 12th season in the NHL. He'd allowed seven goals with an .881 save percentage in Calgary's first two games, but the rangy goalie had an answer for every challenge in this game.

The Flames, who never trailed, took control of the game midway through the second period.

Left wing Johnny Gaudreau set up the first goal by center Elias Lindholm by backhanding the puck through the skates of Red Wings defenseman Danny DeKeyser. Lindholm received it in front of Alex Nedeljkovic and fired a shot over the goalie's left shoulder for his third of the season at 10:06.

Calgary defenseman Erik Gudbranson, who assisted on that goal, did it again on Andrew Mangiapane's goal about four minutes later. Gudbranson blasted a shot on Nedeljkovic and Mangiapane backhanded the rebound into the net for his second of the season.

Matthew Tkachuk added an empty-netter with about two minutes left in the game after Detroit pulled its goalie.

Detroit had scored three, four and six goals in its first three games, but couldn't get the puck past Markstrom in this one.

The Red Wings took 14 shots in the second period, but had nothing to show for it, even with two power-play opportunities. Defenseman Moritz Seider fired a point-blank shot right into Markstrom's midsection on one of the better opportunities Detroit had.

In the third period, the Red Wings' first shot on net didn't come until nearly eight minutes had passed.

Markstrom was the second-round pick of the Florida Panthers in 2008 and broke in with the Panthers before spending six seasons with the Vancouver Canucks. He joined Calgary last season, and had a career-high three shutouts.