Mayor Nenshi to give greetings for Times Square NYE celebration 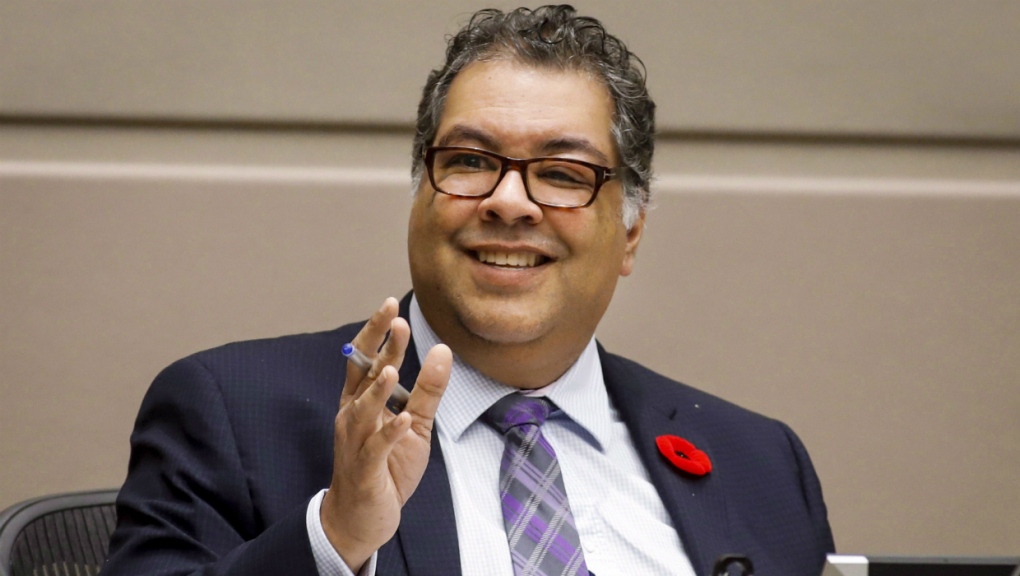 Mayor Nenshi will be one of many international mayors to give an address at the Times Square New Years Eve celebrations.

CALGARY -- Travel is being frowned on this holiday season but that won’t stop Calgary Mayor Naheed Nenshi from making an appearance in the Big Apple — albeit a virtual one.

Nenshi recorded a greeting, which will be played in Times Square at 7 p.m. MST as part of a video showcasing American and other international mayors.

His message will be the first to play.

The mayor's office said Nenshi is extremely honoured and humbled to be included in the annual celebration.

This was a nice treat. I was asked to be one of the international mayors to bring recorded greetings in Times Square for New Year’s Eve.

Check out @OneTimesSquare @TimesSquareNYC for the broadcast starting at 7 pm MT tonight.

The Times Square New Years Eve celebration usually has a crowd of one million in attendance, but due to the COVID-19 pandemic, there will be no live spectators.

The mayor shares his 2021 resolution in the address, which is to remember 2020—all of the bad and all of the good, including the large community response.

Nenshi was chosen for the address by the mayor of Atlanta, Keisha Bottoms, who asked to think of international guests to invite to the New Year's Eve celebration.

The message was recorded on the Crescent Road N.W. viewpoint with the city's skyline in full view behind the mayor.