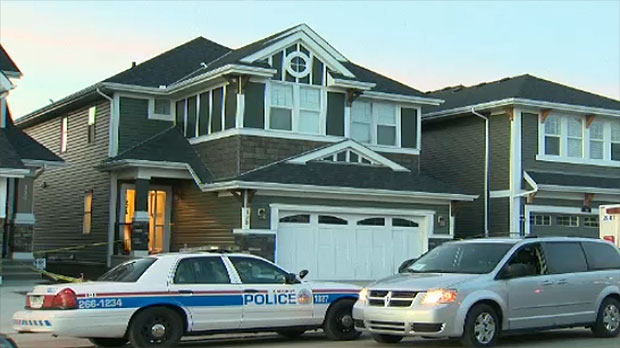 The trial for a man accused of murdering a popular teacher two years ago continued in a Calgary courtroom on Wednesday with graphic testimony from the Medical Examiner.

Nicholas Rasberry, 32, is charged with second-degree murder in the death of Craig Kelloway at an Auburn Bay home in May of 2013.

Rasberry was arrested, charged and released on bail with conditions to await his trial.

On Wednesday, Dr. Tera Jones took the stand and showed photos from the autopsy.  Rasberry sat in the prisoner’s box with his eyes closed as the court was shown the graphic photos.

The court heard that Kelloway was stabbed 37 times and his chest cavity, lungs, ribs, intestine and diaphragm were punctured in the attack. Two knife fragments including the tip were left in Kelloway's body.

The Crown has now wrapped its case and the defence is expected to call its only expert witness, a psychiatrist, on Thursday.

The trial is scheduled to last until the end of the month.