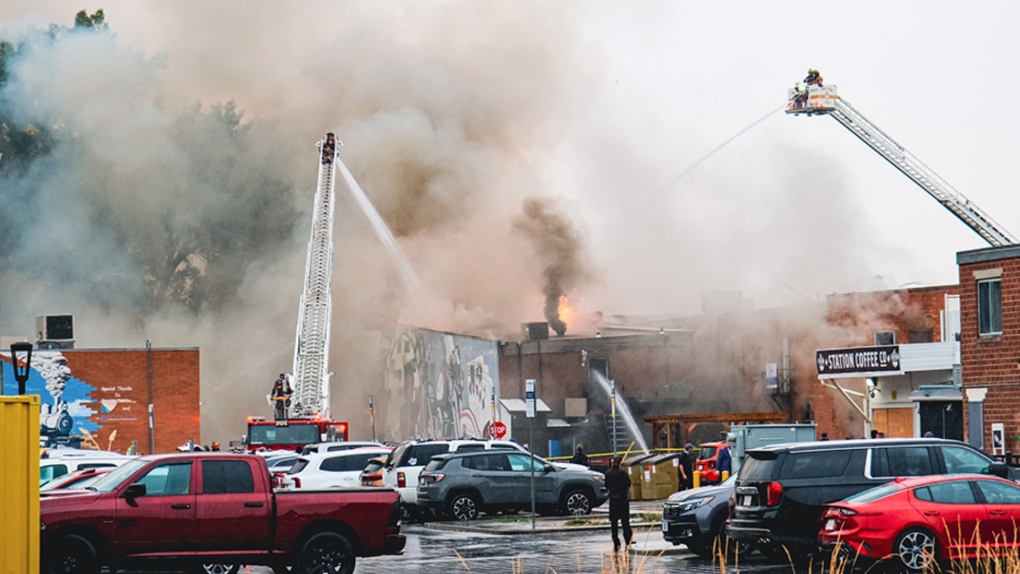 Fire crews in Medicine Hat fought a blaze that ignited Friday morning at the building that was once the Royal Hotel.

Firefighters were called to the 100 block of South Railway Street and encountered smoke and flames from the two-storey structure that is now home to The Royal, self-described as 'The Hat's Classiest Dive Bar.'

City officials are encouraging the public to avoid the downtown area during the fire response.

The cause of the fire has not been confirmed.

The Royal Hotel originally opened in 1904 but the building has undergone numerous alterations in the decades that followed. The hotel was closed in 2019 before reopening as The Royal establishment.

Please continue to avoid the downtown area, specifically the 100 block of South Railway Street until further notice as emergency crews are on scene of a fire. pic.twitter.com/k2zzcrrVPK