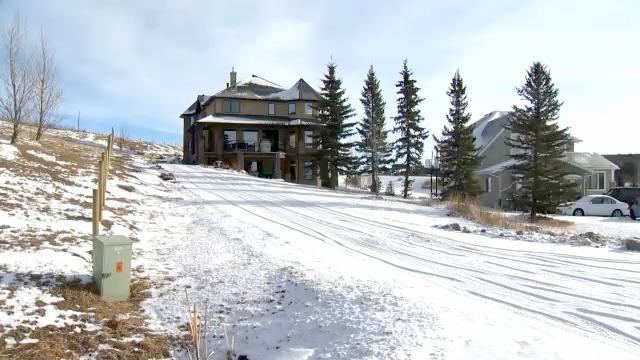 The creator of the recently cancelled 'Write a letter, win a house' contest says she has notified RCMP after receiving threatening emails and social media comments.

Alla Wagner created the essay-writing contest earlier this year in an effort to give away her 5,000 square foot estate in Millarville after her attempts to sell the property, previously appraised at $3M but listed for $1.7M, were unsuccessful. The move was prompted by a back injury suffered in June 2018 that inhibited her ability to move freely throughout the floors of the residence without experiencing pain.

After her daughter notified her of similar contests that had taken place in the United States, Wagner started the 'Write a letter, win a home' campaign this past winter in the hopes of garnering a $25 entry fee from 68,000 applicants.

The contest was cancelled in July after only 4,627 entries were received. According to Wagner, Alberta Gaming Liquor and Cannabis (AGLC) hindered the contest's chance of success when officials dissuaded people from entering.

Wagner confirms to CTV that she is in the process of refunding the entry fees, minus the postage and banking fees, and has issued refunds to approximately 1,000 people. She adds that roughly 500 entrants requested their fee be donated to the Calgary Woman's Emergency Shelter.

As she continues to issue refunds, an undertaking she says has proven to be a full-time job, Wagner says she has received email threats as well as accusations on social media claiming that the contest was a scam and she had no intention of giving the house away. Wagner tells CTV that the threats have been reported to RCMP.

According to Wagner, the house has been listed at a reduced price as her goal of downsizing to focus on her health remains in place.