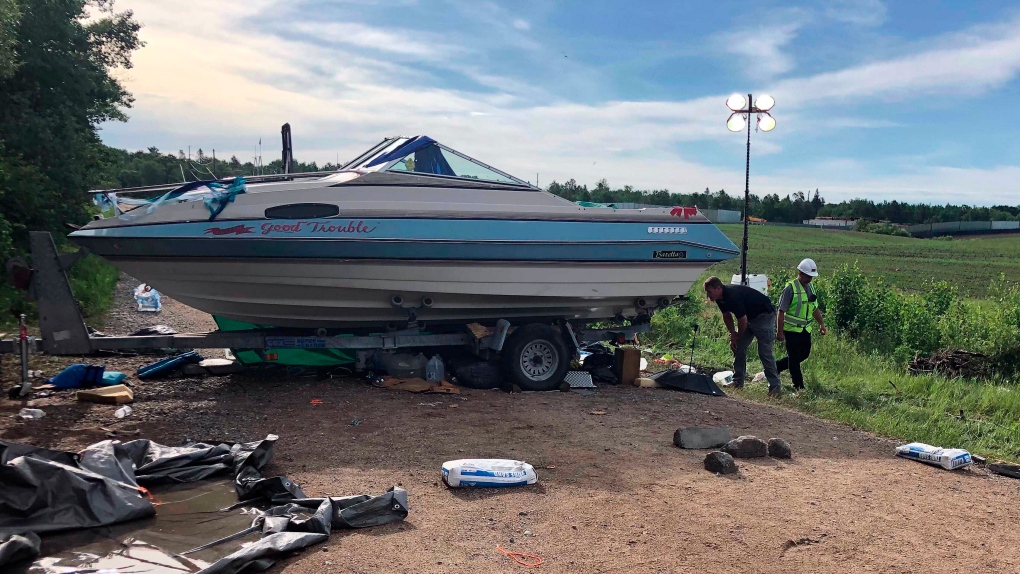 A three-judge panel ruled 2-1 that the state's independent Public Utilities Commission correctly granted Enbridge the certificate of need and route permit that the Canadian-based company needed to begin construction on the 337-mile (542-kilometre) Minnesota segment of a larger project to replace a 1960s-era crude oil pipeline that has been deteriorating and can run at only half capacity.

Pipeline opponents can appeal the decision to the Minnesota Supreme Court. They planned to comment in detail later Monday but immediately urged President Joe Biden to intervene.

Tribal and climate change groups, plus the state Department of Commerce, had asked the appeals court to reject the approvals. They argued, among other things, that Enbridge's oil demand projections failed to meet the legal requirements. Enbridge and the PUC said the projections complied with the rules.

"With an existing, deteriorating pipeline carrying crude oil through Minnesota, there was no option without environmental consequences," wrote Judge Lucinda Jesson, joined by Judge Michael Kirk. "The challenge: to balance those harms. There was no option without impacts on the rights of Indigenous peoples. The challenge: to alleviate those harms to the extent possible. And there was no crystal ball to forecast demand for crude oil in this ever-changing environment."

But Judge Peter Reyes dissented, agreeing with opponents that the oil demand forecast was flawed. He said the project benefits Canadian oil producers but would have negative consequences for the hunting, fishing, and other rights of the Red Lake and White Earth tribes and provide no benefit to the state.

"Such a decision cannot stand. Enbridge needs Minnesota for its new pipeline," Reyes wrote. "But Enbridge has not shown that Minnesota needs the pipeline."

Enbridge said in a statement that the decision is confirmation that the commission thoroughly reviewed the project and gave the appropriate approvals.

"Line 3 has passed every test through six years of regulatory and permitting review including 70 public comment meetings, appellate review and reaffirmation of a 13,500-page (environmental impact statement), four separate reviews by administrative law judges, 320 route modifications in response to stakeholder input, and multiple reviews and approvals by the Minnesota Public Utilities Commission for the project's certificate of need and route permit."

At least 1,000 activists from across the country gathered at construction sites near the headwaters of the Mississippi River early last week. They called on Biden to cancel the project, as he did with the Keystone XL pipeline on his first day in office. Nearly 250 people were arrested, in addition to more than 250 arrests since construction began in December. A smaller group marched Thursday to the Minneapolis office of Democratic Sen. Amy Klobuchar.

The Line 3 replacement would carry Canadian tar sands oil and regular crude from Alberta to Enbridge's terminal in Superior, Wisconsin. The project is nearly done except for the Minnesota leg, which is about 60% complete.

Calgary-based Enbridge says the replacement Line 3 will be made of stronger steel and will better protect the environment while restoring its capacity to carry oil and ensure reliable deliveries to U.S. refineries. It underwent a rigorous environmental permitting process. The old line currently runs at about half its capacity because it's increasingly subject to corrosion and cracking.

Activists are vowing to keep up a summer of resistance against the project amid the escalating battle over energy projects and rising awareness that racial minorities suffer disproportionate harm from environmental damage. And they're drawing parallels with the fight over the Dakota Access pipeline, which was the subject of major protests near the Standing Rock Reservation in the Dakotas in 2016 and 2017.

"Minnesota does not need this conflict. Minnesota has already had enough police problems, and we are very upset at the level of private security and police forces that are all over the north right now," Winona LaDuke, executive director of the Indigenous-based environmental group Honor the Earth, told reporters on a conference call Friday. "For a Canadian corporation. So we'll stand our ground ... and more will be coming. Guaranteed."

"If the Biden administration is under any illusions, this is now very much a national fight that people are going to be knowing more and more about," said Bill McKibben, founder of the climate change group 350.org. "People are already flooding in from all parts of the country."