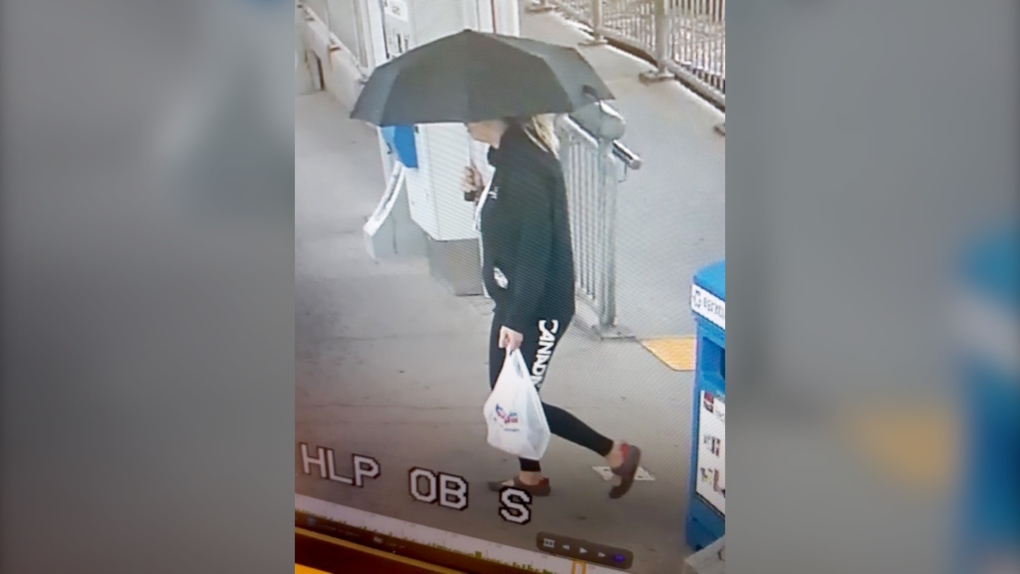 CCTV image of Romana Tokarova who had been reported missing

The Calgary Police Service confirms the search for a Calgary woman who had been missing for several days has ended as she has been located and is safe.

Romana Tokarova, 29, was last seen by family members at her home in the city's southeast on Friday. When they woke, she was gone.

In a photo of Tokarova taken from a CCTV camera about 8 a.m. Saturday at the Shawnessy CTrain station, she was seen carrying a large, black umbrella wearing a black hoodie and black leggings with the word ‘Canada’ down the left leg.  It was believed she was headed westbound toward Shawmeadows Gate S.W.

Police have not provided specifics regarding Tokarova's disappearance but confirm she is safe and the matter is not considered criminal.

We have located Romana TOKAROVA and she is safe. Thank you to everyone who shared her photo and kept an eye out!

We could not do our jobs nearly as well without the help and support of Calgarians like you!https://t.co/xmbarquMW6#yyc #yyccrime