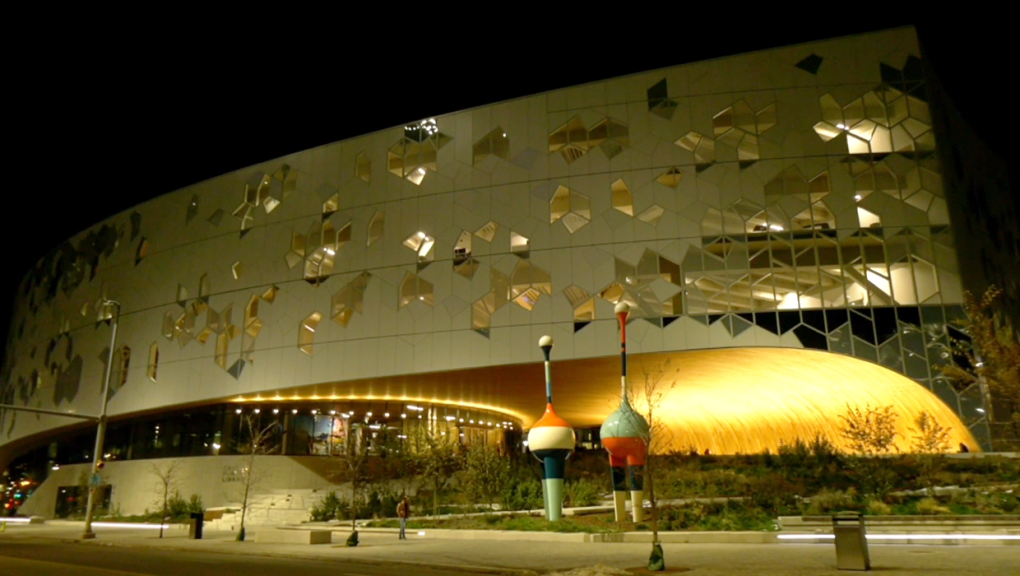 CALGARY -- A missing 11-year-old child was found Tuesday evening by the Central Library.

She was discovered by her father and the Bear Clan group of volunteers, who discovered her unharmed and in good health around 7 p.m.

The Bear Clan is an Indigenous community watch group.

The girl was last seen at noon Tuesday, leaving her residence in the 5900 block of Trollinger St. N.E., near the intersection of  the Thorncliffe and Greenview neighbourhoods.

Police said she was not dressed for the weather and they were concerned about her well being.

A Bear Clan member spotted the missing persons report, then alerted the groups' volunteers and organized a search of their own. Bear Clan Patrol say the girl was found sitting on a bench not far from the Central Library, trying to find her way home.

Her dad told CTV News he was grateful to both the Calgary Police and the Bear Clan Patrol Calgary.

We are happy to report 11-year-old Mara has been found by Bear Clan Patrol Calgary. Thank you to Bear Clan and to everyone who aided in the search and safe recovery of Mara today.