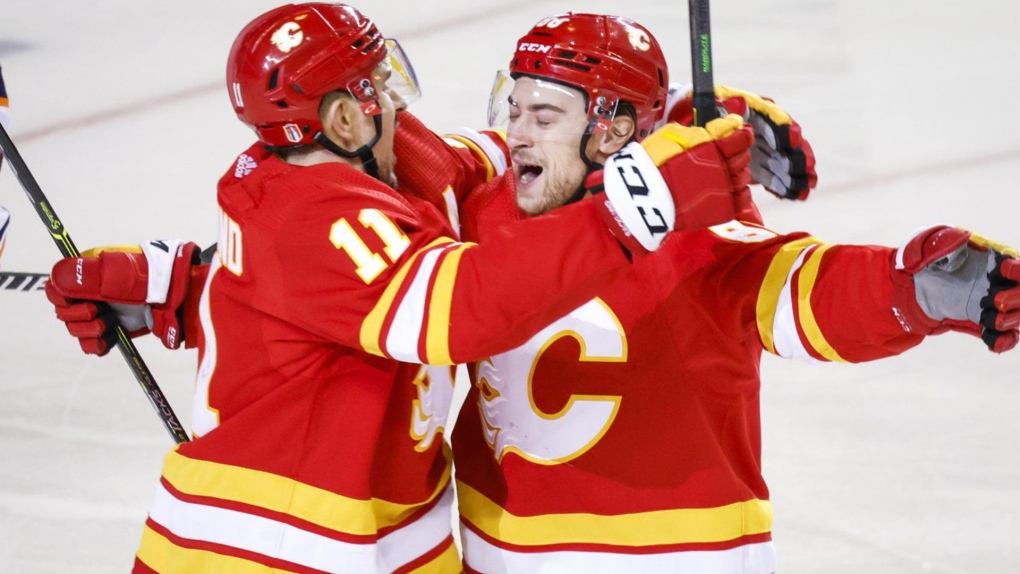 MONTREAL -- Plenty of young hockey players are set to live out childhood dreams this week.

The NHL's first in-person draft since 2019 will see teenagers hear their names announced inside the cavernous Bell Centre before hugging family members, climbing on stage, and donning the hat and jersey of a new team.

Andrew Mangiapane eventually got that experience. It just took a while. A long, long while.

The winger sat through all seven rounds of the 2014 NHL draft in Philadelphia.

His name never got called.

"It was tough," Mangiapane shared in an interview years later. "It was tough to be at that draft and not be selected."

Coming off a 51-point rookie season with the Ontario Hockey League's Barrie Colts that spring, the Toronto native was subsequently invited to the Arizona Coyotes rookie camp that summer.

Unable to secure a contract, Mangiapane went back to the OHL, put up 43 goals and 104 points in 2014-15, and was eligible to be drafted again when the NHL reconvened in Florida the following June.

The then-19-year-old — also passed over for the OHL draft at age 15 before walking on with the Colts — just wasn't sure he wanted to attend the event a second time.

His family convinced him otherwise.

"It was in Florida so they said, 'We'll make it a trip. We'll go out a week early and just spend time in the hotel and on vacation and just go to the beach,'" Mangiapane said.

But on the big day when Connor McDavid went first overall, Mangiapane was once again forced to wait.

And then wait some more — again.

He was reliving the nightmare a second time as name after name came off the board, and his remained.

"That was a low when I heard my dad say that."

The mood, however, quickly shifted when the Calgary Flames finally ended Mangiapane's torment with their sixth-round selection, 166th overall.

Not many players in his situation make the NHL and become regulars, but Mangiapane, who credits a lot of his success to the late Dale Hawerchuk from their time together in Barrie, got there in 2017-18 and eventually stuck.

The 26-year-old has carved out a nice career with the Flames, registering 78 goals and 132 points in 260 regular-season games.

He's added 12 points in 27 playoff contests and is a pending restricted free agent after completing a two-year contract that carried an annual average value of US$2.425 million.

Not bad for a kid forced to sit through 12 1/2 rounds of NHL drafting before finding his home.

It's also no doubt a lesson for some of the players on their way to Montreal.

"It doesn't matter what round you're drafted," Mangiapane said. "I just wanted to go play hockey and do the best that I can … work hard and train and give it my all."

So does he joke with his dad about the now-infamous prediction of getting passed over a second time?

"No, no, I buried that moment," Mangiapane said with a little smile. "I don't even want to think about it.

"He's probably buried it as well."

This report by The Canadian Press was first published July 5, 2022.