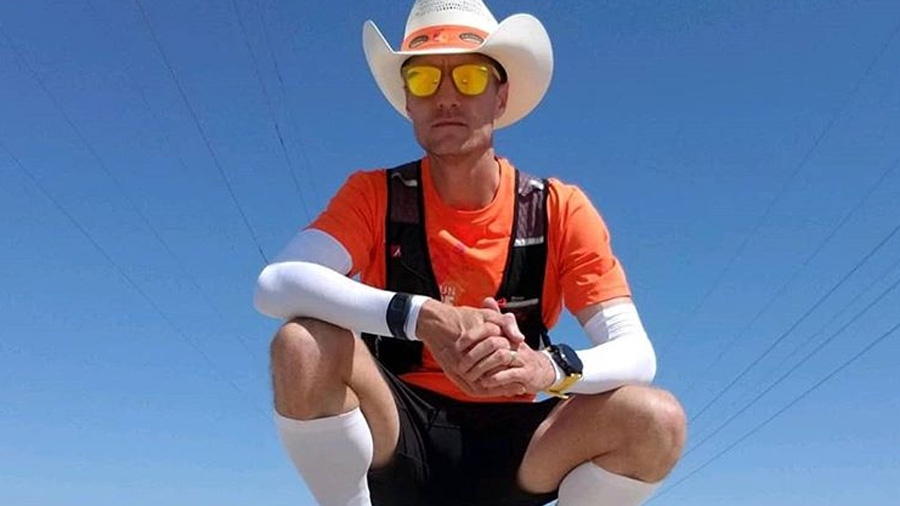 How far would you go for the health and well-being of your child?

For an Okotoks man, the answer is simple. He’ll run across the country.

After an unsuccessful attempt last summer, the 38-year-old wants redemption and will toe the line again in what is the longest run of his life.

Wearing his iconic cowboy hat and orange shirt, Proctor intends to set off from Newfoundland on May 18, 2020. His goal is to complete the 7,200-kilometre journey in 65 days, breaking the previous record of 72 days set in September 1991 by Al Howie.

It means Proctor will have to run an average of 105 kilometres every single day.

“I’m ready to take this on and I’ve got so much more in the tank this time,” he said.

“My fitness is at an all-time high. I feel stronger, resilient and I feel like I’m improving every month exponentially.”

Fuelled by the love of his 10-year-old son Sam, who suffers from a rare genetic disease, Proctor wants to continue to raise awareness. As the founder of the Rare Disease Foundation’s "OutRun Rare" initiative, he hopes to support families and children with rare diseases nationwide.

“One quarter of kids with rare diseases die before their 10th birthday so it’s a real fight, a real battle to get that support,” he said.

“I see it as a duty to help — once you’ve had your eyes open to the needs of these sick children, you can’t close your eyes again. And running across the country to create awareness is the best foot I can put forward.”

In July of 2018, Proctor’s last attempt to run across Canada ended after 2,415 kilometres due to a herniated lumbar disc which forced him to stop just east of Winnipeg.

“My body has recovered and I am fitter than ever before with more passion about our cause, fuelling me and the hundreds of communities supporting the run," Proctor told CTV News Calgary.

Thousands of people did in fact support Proctor following the end of his 2018 cross-Canada attempt.

Canadians finished the race and ran on his behalf by donating their kilometres to the cause — a total distance of more than 53,000 kilometres was run (about 7.77 times across Canada, back and forth).

As well, $311,00 was raised for Canada’s Rare Disease Foundation.

Procter is a three-time national record holder and no stranger to long distances.

He also holds the Canadian record for furthest distance ran in 48 hours (more than 350 kilometres), which he broke in August during a six-day race on an indoor track in Milwaukee, WI.

To break the TransCanadian record in 65 days, Proctor will need to run each day the distance of about two-and-a-half marathons.

“The TransCanadian run is now in my blood and the only means of redemption, is to conquer it,” he said.