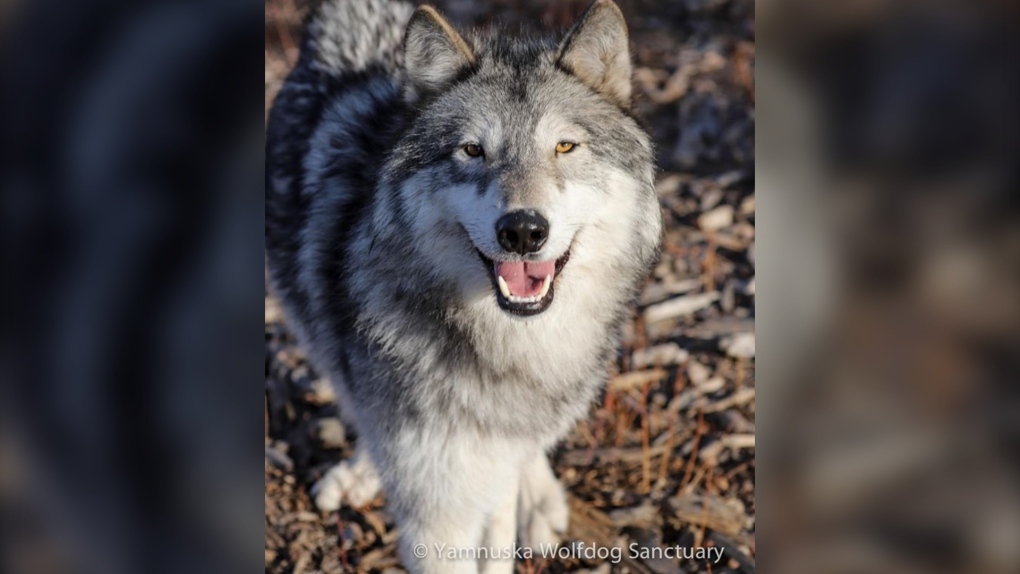 CALGARY -- The mounting cost of feeding and caring for the 29 wolfdogs at a non-profit rescue organization west of Cochrane has been exacerbated by dwindling donations  and the health-related closure of the sanctuary to visitors.

Now, the Yamnuska Wolfdog Sanctuary is asking for financial support and has adopted a festive approach to garner attention.

Alyx Harris, operations manager, says the sanctuary will be hosting an egg hunt for its wolfdogs on Easter Sunday (April 12) and the hunt will be broadcast live on its Facebook page.

"It is all virtual," explained Harris of the livestream. "People can purchase items for the hunt."

People can sponsor meat or eggs that will be hidden in the enclosure for one of the wolfdog packs to find during their hunt.

On a larger scale, the sanctuary has created a GoFundMe campaign with a fundraising goal of $75,000. In its first four days, the 'Support Yamnuska Wolfdog Sanctuary' campaign had raised more than $11,000.

According to sanctuary officials, the cost of caring for a wolfdog is approximately $60 a day including $10 in food.

For more information about the sanctuary visit Yamnuska Wolfdog Sanctuary.