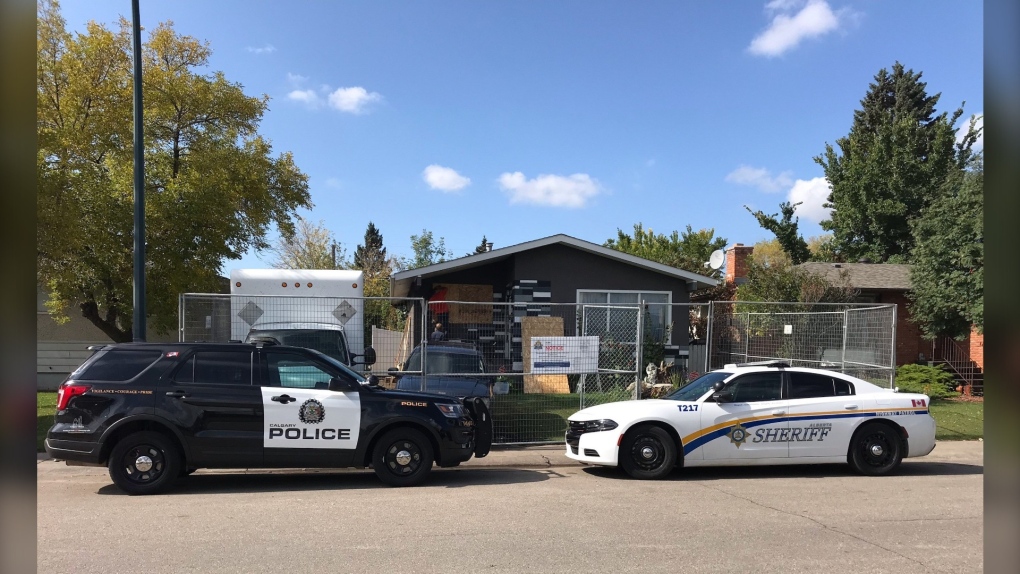 For the second time in a week, Alberta sheriffs have shuttered a problem house in Calgary where drug activity was found to be taking place.

Members of the Safer Communities and Neighbourhoods (SCAN) Unit obtained a court order to close the home at 2227 47th Street S.E. for 90 days, which took effect Thursday.

Under terms of the order, the owner and any occupants must leave the property and are not allowed to return until Dec. 18.

“Public safety is a top priority for our government, and we’re committed to combating criminal activity from all directions,” said Justice Minister Doug Schweitzer in a release.

“By targeting properties used for illicit drug activity, the SCAN Unit plays a vital role in keeping Albertans safe and secure, and I thank them for their tireless efforts.”

Along with boarding up the house Thursday morning, crews also changed the locks and installed a fence to keep people out.

The investigation began in April in response to complaints from area residents about drug activity at the home.

Police were called to the property 60 times between April and July for weapons calls, noise complaints and disturbances.

On Tuesday, another problem home in the southeast community of Southview was shuttered for the second time in less than a year by the SCAN Unit.

Once that ends, the order forbids the owner of the property from having visitors or tenants for a period of five years, which ends Dec. 16, 2024.

Since being formed in 2008, the SCAN Unit has investigated more than 5,500 problem properties and issued more than 80 community safety orders.

Our Safer Communities and Neighbourhoods unit obtained a court order giving them authority to close a southeast #yyc home being used for drug activity. With assistance from our @CalgaryPolice partners, we cleared the property earlier today. Details: https://t.co/wGbzH8zFsM pic.twitter.com/hKjWPLohcX