Calgarians asked to pray for Beirut blast victims and families

CALGARY -- Members of Calgary’s Lebanese community are asking all Calgarians to pause and pray for the victims of last weeks massive explosion in Beirut, Lebanon.

“This horrific explosion, it not only destroyed Beirut, it destroyed every heart of Lebanese in all the world,” said Father Michel Kassas, with Our Lady of Peace Maronite Catholic Parish of Calgary.

The northwest church held a special service Sunday to honour the victims and their families. It was livestreamed for those who did not want to attend in person due to COVID-19 restrictions.

“We are asking the brothers and sisters of Calgary to be with us and to be supporting us to support our beloved Lebanon,” said Kassas.

The huge chemical explosion that rippled through Beirut’s port, claimed more than 150 lives, wounding thousands more. It was triggered by a fire in a port warehouse, where a huge shipment of hazardous ammonium nitrate, a chemical that can be used as a fertilizer or an explosive was stored, according to authorities.

Kassas said of the approximately 30,000 Lebanese families in Calgary, 2,000 families are of Christian faith. He said Lebanese-Calgarians want to raise awareness of peace and unity in Lebanon, despite years of suffering corruption, war and other hardships. 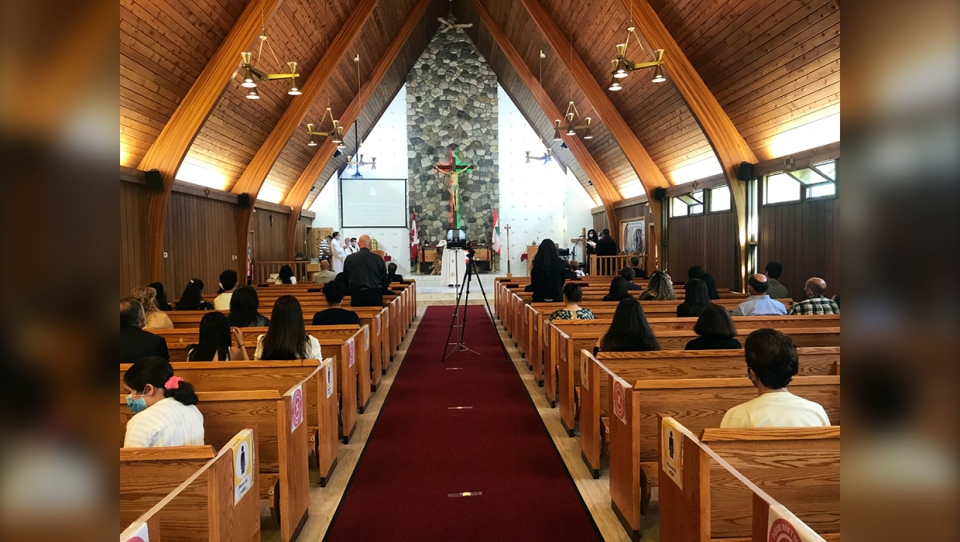 “We need to come together and be unified in this moment now more than ever, so we can help our family members, our friends, our brothers, our sisters overseas in this difficult tragedy,” said Jennifer El Haddad, who attended the service and has family in Lebanon.

El Haddad said she hopes the country can re-build, saying hopes and prayers are needed from the global community.

“It’s building awareness and building the fact that we want people to show their support in any way, just get the word out there, just be aware that Lebanon in a beautiful country,” she said.