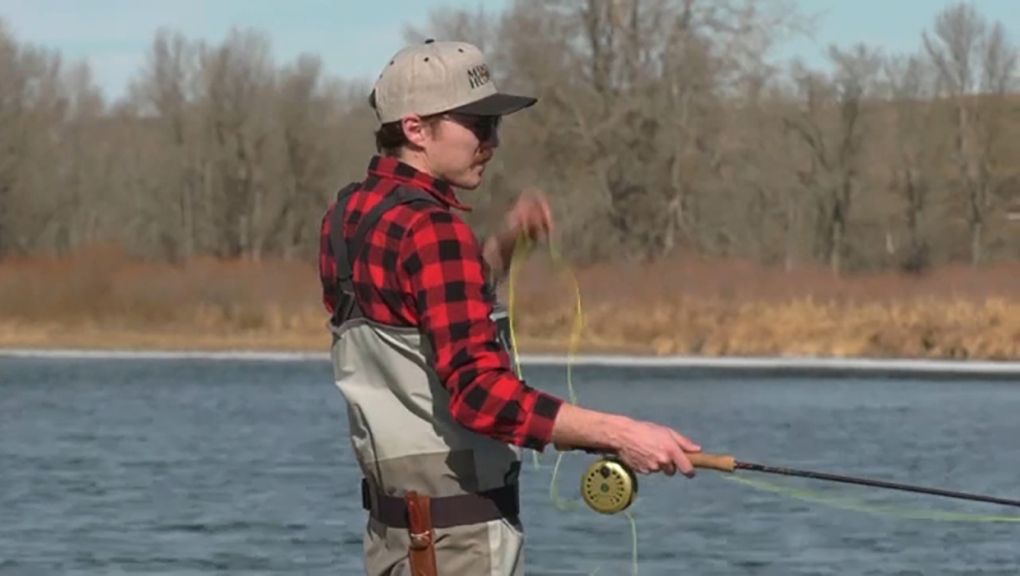 Calgary's Torin Hofmann is building a growing YouTube following by teaching people fly fishing. Calgary and its surrounding areas were named the top fishing destination in Canada by a fishing blog.

A fishing blog has named Calgary the top fishing destination in Canada, but it has a pretty wide definition of Calgary.

The Fishingbooker blog sings the praises of the city's proximity to great trout fishing, whether that be fly fishing on the Bow River, or else trying your luck in the Oldman River that runs through Lethbridge, or the Red Deer River, it says southern Alberta is a trout fisherman's heaven.

"The Rocky Mountains are right on its doorstep, along with any streams, rivers and lakes," it said. "Wilderness is never more than an hour and a half away from Calgary. Fly fishing is off the hook here, and trout are the main target.

"Bull trout are the unique draw of the area," it said, continuing, before adding that brown and rainbow trout are also plentiful, as well as cutthroat trout, "which are Alberta natives, always ravenous, and ready to attack your fly with wild abandon."

And in fact, visitcalgary.com confirms the city as a fly fishing capital.

"The Bow River is renowned as one of the best freshwater trout rivers on the planet," it says.  "Located on east slope of the Canadian Rockies, Calgary has become, in many ways, the Missoula, Montana of the North," a reference to the fly-fishing film A River Runs Through It, starring Brad Pitt.

The Fishingbooker blog identified eight different Canadian destinations, which vary according to region and the type of fish.

Sooke, on Vancouver Island, ranked second for its abundance of salmon and halibut.  The St. Lawrence River, which runs right through Quebec City, landed in third place for its variety of freshwater fish, including northern pike, walleye, smallmouth and largemouth bass, and muskellunge.

The Avalon Penninsula in Newfoundland was singled out for its trout, salmon, halibut and cod. Haida Gwaii in northwestern B.C., Lac Seul, Ontario, St. Peters Bay in P.E.I. and Dauphin Lake, Manitoba rounded out the list.