CALGARY -- The COVID-19-driven shutdown hasn’t wiped out Calgary businesses, at least not yet.

Even though many small businesses are struggling, one indicator from the City of Calgary suggests things don’t appear as bad as they sometimes seem.

“The City licenses just over 60 per cent of the commercially-based activity in Calgary,” said Lexi Angelo, Communications, Planning and Development,  at the City of Calgary.

Angelo said there are many professions such as lawyers, medical doctors, dentists and accountants that are regulated by a professional body, not the city.

“There are businesses which are licences and regulated by a professional body," she said.

Angelo added that a closed business licence is not indicative of a business ceasing their operations.

“The city closes business licenses for various reasons including: a business move, a change of ownership, or a correction to a file that had to be closed and recreated,” said Angelo.

According to Statistics Canada, business bankruptcies are down in June compared to the same month last year.

But the Canadian Federation of Independent Business says a number of factors indicate Alberta businesses are struggling. Only 22 per cent of local businesses are reaching normal sales goals. 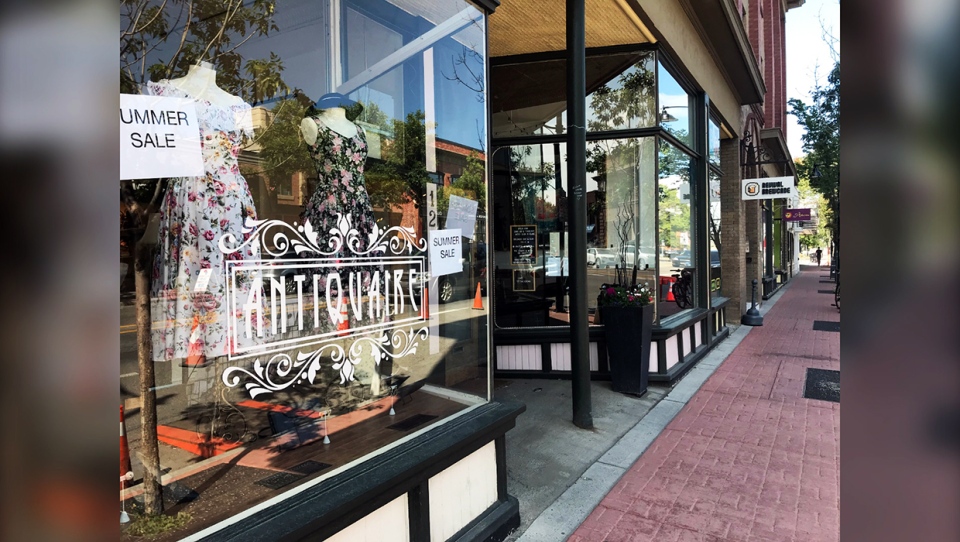 Dormuth said as federal support programs end, the number could increase. On the high end, the estimate is that 42,000 Alberta businesses could close.

“It’s very concerning in Alberta right now because we have the highest in the country on average, of the amount of small businesses actively considering closing or bankruptcy right now,” said Dormuth.

The CFIB is encouraging customers to shop local. It’s #SmallBusinessEveryDay campaign is expected to continue into the holiday shopping season in December.