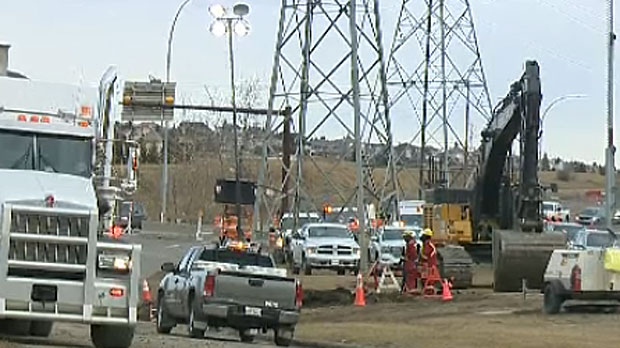 Home improvement and construction projects are proving to be popular in Calgary during the pandemic.

The first eight months of 2021 have seen $4.2 billion worth of construction in Calgary, nearly double the $2.2 billion seen over the same period a year earlier.

The number of building permits is also up 29 per cent, year-over-year, according to data released Monday.

"However, during the pandemic, Calgarians have been investing in home improvement projects, such as installing hot tubs, garages, swimming pools, retaining walls and carports, and we are seeing the numbers recover to pre-pandemic levels."

Residential improvement permits are up 33 per cent over the last two years and planning applications have surged, rising 200 per cent for patios and 60 per cent for multi-residential rowhouses.

"In response to the pandemic, we have supported Calgary’s construction industry by waiving fees, launching virtual inspections, and transforming our intake process," said Desjardins.

"So far this year, we’ve processed 10,700 planning applications online and made improvements to our timeline commitments."

Some major projects are also coming to fruition, with occupancy permits now issued for Rhapsody, a multi-residential building in the university district with a construction value of more than $72 million.

Some notable industrial applications include:

Officials say construction values and building permits aren't representative of the overall market and economic conditions but they provide a benchmark for the state of the construction industry.

Building permit application values are available by ward, and community, on the city's website, along with data on building permit values.