CALGARY -- Pet insurance can be expensive but Jodi Learning wanted to make sure she was covered if her dog Pharaoh ever got sick or injured.

The Calgarian signed up with pet insurer Trupanion with the understanding that the company would pay 90 per cent of the bill when her German Shepherd mix required surgery after it injured its left hind leg.

“In my head I'm thinking I have pet insurance and as long as I pay the deductible, then it takes the sting out of a massive bill,” Learning told CTV News.

Learning says she has taken out two different policies with Trupanion over the last five years, paying around $88 per month for coverage.

Then she received an email from the company where they classified Pharaoh’s injury as ‘pre-existing’, referencing a 2017 injury to his left hind leg.

The most recent injury was to the dog’s other back leg, but Trupanion explained to Learning that "Disease, weakness, instability, tear, partial tear, or rupture of the cranial cruciate ligament is a condition that cannot be covered if it presented on either side of the pet before you enrolled in a policy or within applicable waiting periods," thus disqualifying her claim for the most recent surgery.

"I was kind of stunned when I got the initial email saying they weren't going to cover," she said.

Learning says she appealed the claim twice but was denied until CTV News got involved.

Officials with Trupanion confirm to CTV News that while Learning's original claim was denied, her lone appeal of the decision was successful. Trupanion says the appeal process was underway at the time of CTV News' interview requests and the news organization's queries did not factor in the decision. The company says Learning will be compensated $3,216.50, 90 per cent of the cost of the Feb. 6, 2020 surgical procedure.

According to a statement, Trupanion wrote,  "…based on further review of the records provided by the hospital, coverage for this condition has been approved." 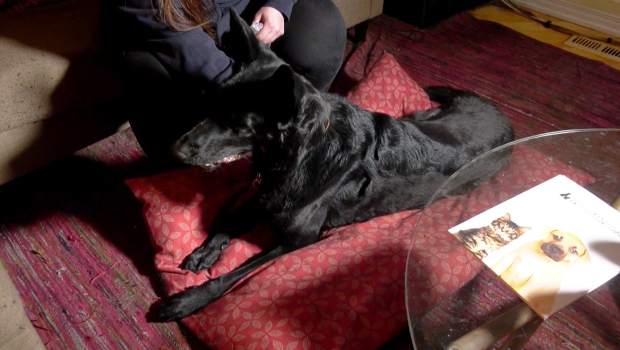 Learning said she’s happy by the outcome but wishes it didn’t take her going public to get the bill covered. As of Feb. 24, Learning says she has not received any money from the company but is expecting a cheque in the mail as she has not arranged direct deposit with them.