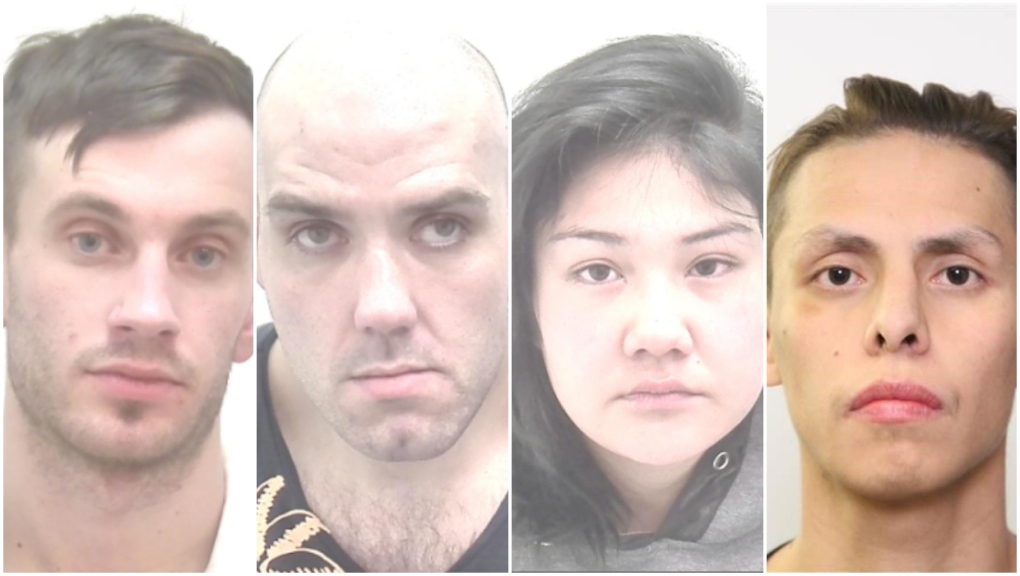 Police are looking to locate Zach Boston Zorn, 25, Dwayne Soroka, 37, Kiara Leather, 19, and Fritz Chiefmoon, 25, as they may have information on two recent homicides in Calgary. (Calgary Police Service)

CALGARY -- Calgary police are asking the public for help to locate five people linked to three separate recent homicides in the city.

Police are looking for two men they believe may have information on the shooting death of Aaron Elliot Castle in Pineridge on March 30.

Castle's body was found by police in the 5700 block of 18th Avenue N.E.when they responded to the scene for reports of gunshots at around one a.m.

Police are looking to talk to Zach Boston Zorn, 25, and Dwayne Soroka, 37, both of Calgary, who are wanted on unrelated warrants.

Police say Zorn goes by the name Boston and is around 5'11", 150 pounds with brown hair and green eyes.

Soroka is described as 6 feet, 200 pounds, with brown eyes and a shaved head. Police say he has ties to Saskatchewan.

Police are also looking for 19-year-old Kiara Leather and Fritz Chiefmoon, 25, in connection with the death of Calgary chef Christophe Herblin on March 14.

Herblin was killed in the parking lot of his soon-to-open restaurant when he responded to a break-in alarm at the shop in the 3800 block of Bow Trail S.W.

On March 19, police released CCTV images looking to identify two people they believed were connected to the case. Tips from the public led them to name Leather and Chiefmoon, and now police are hoping to locate them.

Leather hails from both Calgary and the Siksika Nation and is around 5'7", with a medium build, black hair and brown eyes.

Chiefmoon also goes by Fritz North Peigan and is wanted on multiple unrelated warrants. Police say he is 6'3" with a slim build, brown eyes and brown hair that is often braided.

Police are also looking for Taylor Calfchild, 24, who they believe has information on the shooting death of Jovaughan Meek last week in Sunalta.

Meek was found in medical distress in his vehicle in the 1500 block of 16th Avenue S.W. on Thursday. He was taken to hospital where he died from his injuries.

Police say Calfchild also goes by the name Taylor Hall. He is around 5'7", with a medium build, brown eyes and black hair. Police say he has ties to Calgary and the Siksika Nation. 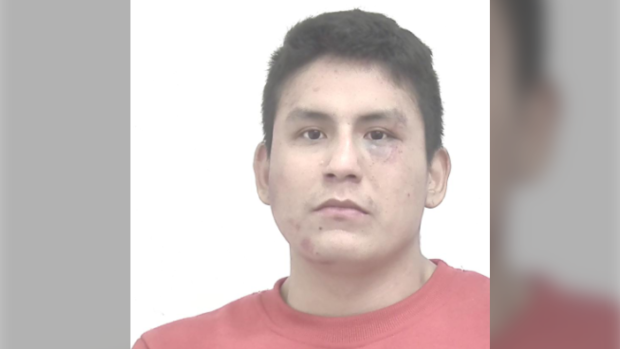 The city has seen 10 homicides so far this year. Police say five of those crimes have been resolved.