Ambulance wait times are coming under fire again after a three-year-old Calgary girl was rushed to hospital over the weekend by the fire department.

Dongworth said the call came in just after midnight Sunday for a child who had fallen and hit the back of her head, causing her to vomit and convulse.

He said there were no ambulances available at the time, so fire crews used a system where they can call a physician to get emergency medical advice.

The captain followed the advice “to the letter” and was told to take the girl to Children’s Hospital immediately, according to Dongworth.

The toddler was taken in the fire truck, which the chief said aren’t set up to transport injured people.

Alberta Health Services (AHS) said EMS arrived exactly one minute after the fire department decided to transport the patient — about 20 minutes after the initial 911 call.

“The Calgary Fire Department routinely co-responds to medical emergencies, as part of Alberta’s Medical First Response program. This helps ensure that patients receive care as quickly as possible, from either EMS or one of our first responder partners,” AHS said in a statement.

Dongworth made it clear paramedics are doing everything they can, but he said the system is broken.

“I love paramedics, I have great friends who are paramedics, the individuals who are working on the street right now are working as hard as they can to make the system work. But, obviously organizationally and systemically, there is a challenge that the administration at AHS needs to be listening to because what’s happening right now frankly is unacceptable,” he said.

Dongworth said while there was an EMT on the crew and the other members are trained to deal with patient care, it still takes a toll psychologically on those responding.

“Normally in that environment, they’re continue to take similar actions when necessary, but it’s not an ideal system.”

David Shepherd, Alberta’s NDP Critic for Health, is also speaking out about the ambulance delays that are growing more frequent.

“My heart goes out to the family of this little girl. It is totally unacceptable for Alberta families to be left wondering if an ambulance will show up in time when they need help in an emergency,” he said in a statement.

Shepherd urged the UCP to relieve pressure on the ambulance system immediately.

“Paramedics have been raising the alarm for months. Seeing paramedics come to the call and take over the call and we assist, we continue to assist, but that’s not happening,” he said.

“The government needs to get crews off shift on time, offer all casual workers a permanent full-time position, and immediately invest in harm reduction services,” the statement said.

The girl’s condition is unknown at this time.

AHS said it is reviewing the call and will be talking to the fire chief to discuss his concerns.

This isn’t the first time ambulance response times have come under fire.

Earlier this month, it took paramedics 30 minutes to respond to a dog attack that left an 86-year-old Calgary woman dead. That incident is still under investigation. 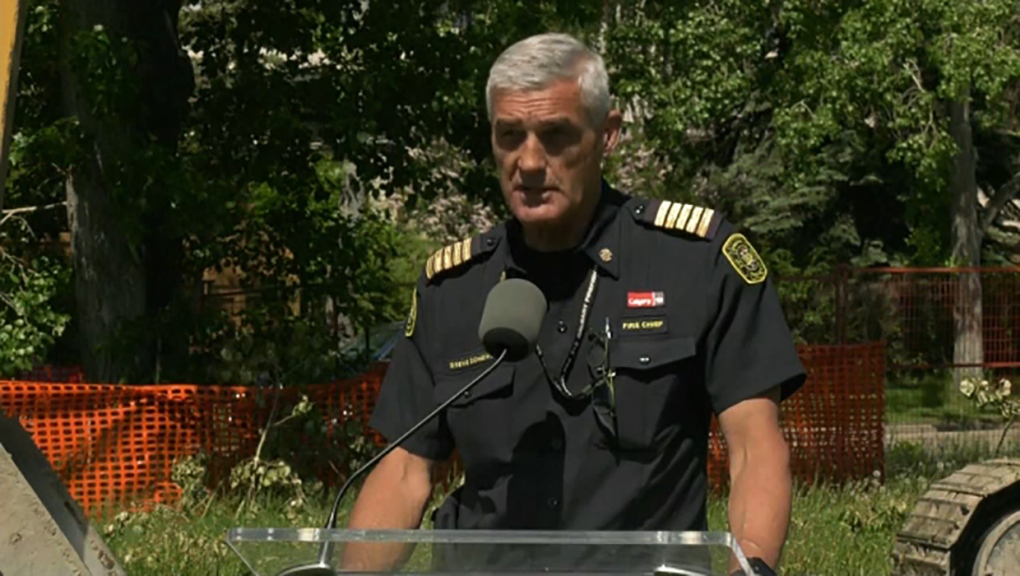 Dongworth said the call came in just after midnight Sunday for a child who had fallen and hit the back of her head, causing her to vomit and convulse.

A group challenging Quebec's new language law logged a first legal victory against the legislation on Friday, as a judge temporarily suspended a provision requiring English court documents to be translated into French.