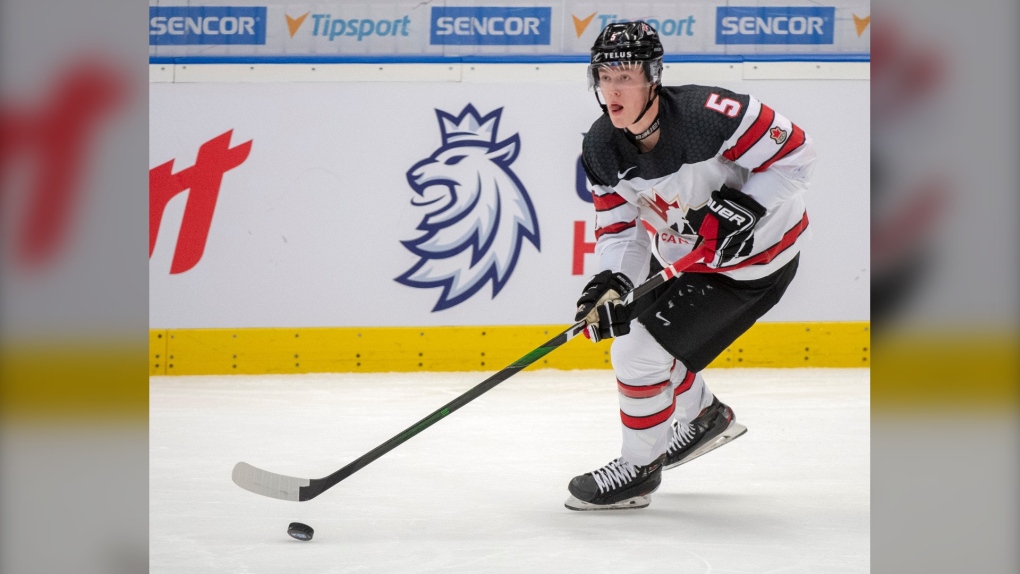 CALGARY -- It was a knock on the door no player wants.

Jacob Bernard-Docker had battled through Hockey Canada's summer practices and exhibition games, made selection camp ahead of last year's world juniors and grinded his way to be one of eight defencemen left standing.

The problem was, there were only seven spots. And Bernard-Docker wound up being the odd man out.

"It stung," said the 19-year-old. "You definitely don't like the feeling. You work so hard to get there and to get cut, it's disappointing."

But he turned the heartbreak of coming so close to making Canada's roster for tournaments in Vancouver and Victoria into a positive, knowing he'd get another shot in 12 months.

One more rep in the weight room. One more sprint. A little more effort in every drill.

"That helped me out and made me a stronger person," said Bernard-Docker, a native of Canmore, Alta. "It motivated me throughout the summer with my workouts — just doing that extra little bit, even when I felt tired, when I wanted to rest.

"It definitely got me better."

Selected 26th overall by the Ottawa Senators at the 2018 NHL draft, he took another big step this fall in his second season at the University of North Dakota to propel himself into being basically a lock to make Canada's team for the 2020 world junior hockey championship.

After putting up 17 points in 36 games as a freshman with the Fighting Hawks, Bernard-Docker already has three goals and 11 assists in 17 outings in 2019-20.

"He was a great player last and is this year as well," said fellow Canadian blue-liner Ty Smith, who's known his world junior teammate since minor hockey. "He's playing some big minutes at North Dakota. It's definitely good to see."

Bernard-Docker is known for clean breakout passes and has a good shot from the point, but the six-foot-one, 180-pound blue-liner's game is more about shutting down opponents.

But unlike the rest of his teammates in the Czech Republic, where Canada can clinch first in Group B with a victory over the host country on Tuesday, Bernard-Docker took a different path to get here. 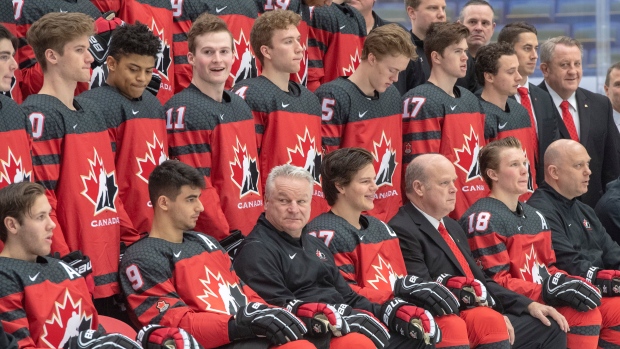 Selected in the fifth round of the 2015 WHL draft by the Swift Current Broncos, he instead chose to attend Calgary's Edge School for Athletes before joining the Okotoks Oilers of the second-tier Alberta Junior Hockey League for the 2016-17 season in order to keep his NCAA options.

"The WHL's a great league, but I chose college because of the longer development and being in the gym a little bit more," Bernard-Docker said. "I chose to go to Okotoks because I had a pretty good relationship with the coach there. It really helped me make that next step to North Dakota."

"I honestly can't describe it," Bernard-Docker said of playing in Grand Forks. "It's one of those things you've got to do understand. It's really like no other."

'He plays a complete game'

But before heading to North Dakota, he was drafted by Ottawa — his favourite NHL team growing up — and was thrown into the deep end at development camp in summer of 2018.

It was a struggle at first, especially coming directly out of junior A, but a good initiation to the professional game that helped set him up for his first college season and that first attempt at making Canada's junior team.

"A player that's taken steps and evolved," Hockey Canada head scout Brad McEwen said of Bernard-Docker before this year's under-20 event. "He plays a complete game. He's very reliable. He's that complement guy that can just make sure things are kept clean his own zone."

North Dakota teammate Shane Pinto, a 2019 second-round selection by the Senators playing for the United States at the world juniors, said Bernard-Docker's poise stands out.

Bernard-Docker said the fact he and Pinto play together in college and are both Ottawa draft picks has made for some interesting chats about a potential side-by-side NHL future.

"We haven't made it yet, but for sure it's something you talk about a little bit," Bernard-Docker said. "That's something we want to do someday ... we've just got to keep working."

He's had different conversations with his Canadian teammates since the group came together three weeks ago — about his decision to pass up major junior for college hockey.

"They don't really understand it, I don't think," he said with a smile. "Their route worked out for them, my route's worked out for me and we've met here.

"We're just trying to become a team no matter where we're from."

This report by The Canadian Press was first published on Dec. 30, 2020.