The rink is similar to that of Olympic Plaza, across from city hall, but a larger surface.

Flanked by retail stores, restaurants, and just steps from the Alberta Children’s Hospital, developers say they are excited about the future of the area.

“It’s such a special moment for us, it's been long awaited, years in the making,” said Jacqueline Tran, manager of communications and marketing with University of Calgary Properties Group.

“We’ve worked with many collaborators and project teams to make this moment a reality.” 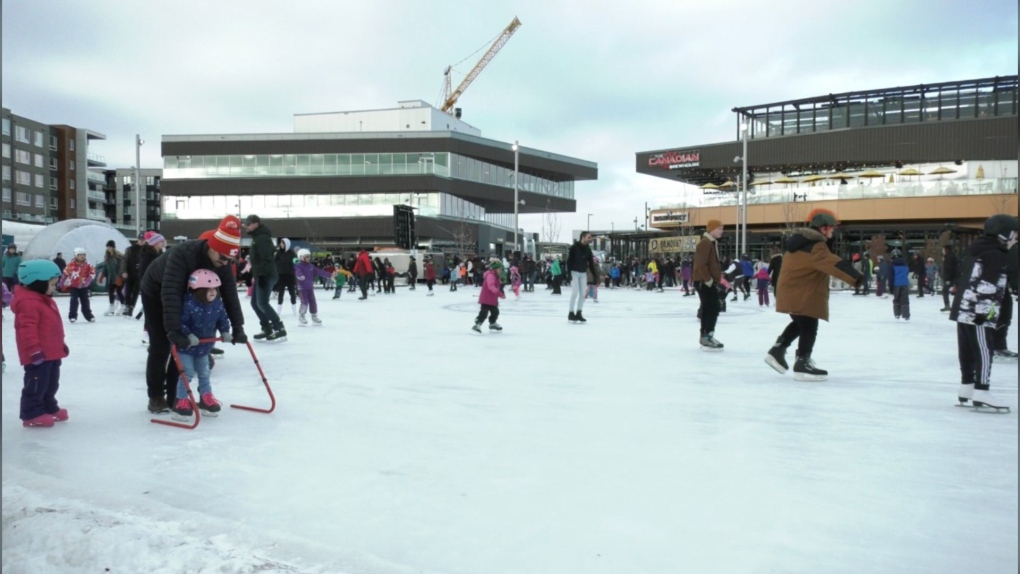 The three-acre green space is a community ice rink in the winter, and grassy area in the summer, hosting festivals.

“The fifty-fifty growth development, we would like to build those,” he said.

“Not just taking those single family houses and knocking them down and building fourplexes but building communities like this, where you get more densification in one common area.”

Health minister and MLA for Calgary-Varsity Jason Copping says this rink can be used by all members of Calgary.

“The children’s hospital is nearby, and one of the phenomenal things about this is these services can be used by everyone in the community or visitors in the community,” said Copping.

Hundreds came out to the event, with hot cider and free skate sharpening taking place.

The rink is situated below the Canadian Brewhouse and The Banquet bar on University Ave NW.