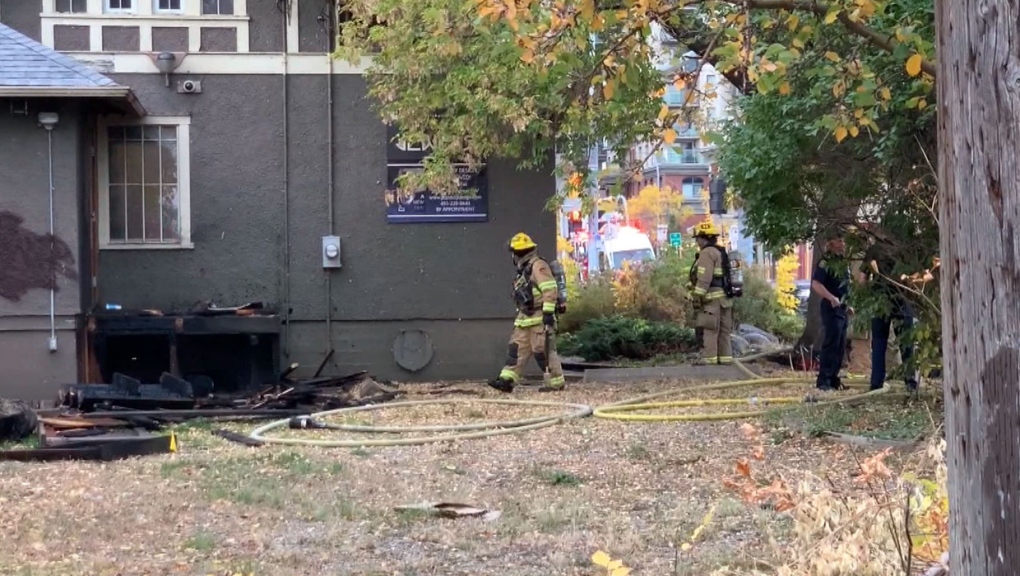 No one was injured in a fire early Sunday morning in southwest Calgary.
CALGARY -

Firefighters made quick work of a blaze that broke out at the back of a building in southwest Calgary.

Crews were called to the scene of an empty building on Fifth Avenue S.W. at about 8:30 a.m.

A homeless person inside was helped out while firefighters put out the blaze.

No one was injured and the damage was limited to the exterior of the building.

It is not know how it started.