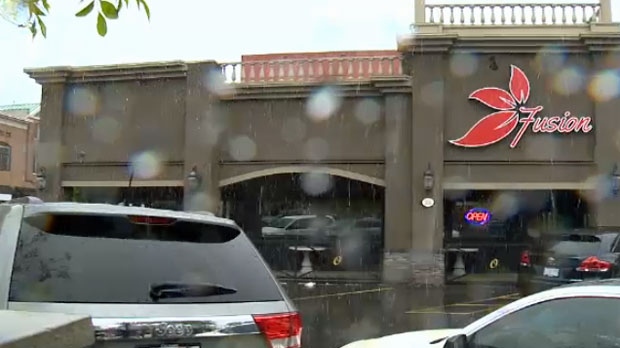 Terrigno Investments proposal to build a 10-storey development in Kensington was denied by council in 2015.

The development firm that sued councillor Druh Farrell two years ago over a failed land use application regarding a proposed development has filed for an appeal in the case.

Terrigno Investments had applied to build a 10-storey building at the corner of Kensington Road and 10 Street N.W., on the site where the Osteria de Medici restaurant once stood.

The application was voted down by council, but Terrigno responded with a lawsuit, alleging that the Ward 7 councillor manipulated the vote by discrediting the company.

It sought Farrell's removal from office and $200,000 in damages.

Farrell responded in a statement of defence, claiming she was acting on the wishes of her constituents in the matter and had passed on a number of complaints about the development to city officials.

Terrigno's request for a trial on all of the issues, including a portion to determine whether Farrell had a pecuniary interest given her home was located nearby the proposed development, was denied.

The trial judge determined that issue should proceed at a special trial, but the firm has since filed an appeal to order the matter to move ahead on all of the claims.

In the document, Terrigno states the original ruling would result in "duplication of proceedings, an unfair hearing, delays and significant costs."

The company's lawyers also state there are credibility issues that require oral evidence to be submitted.