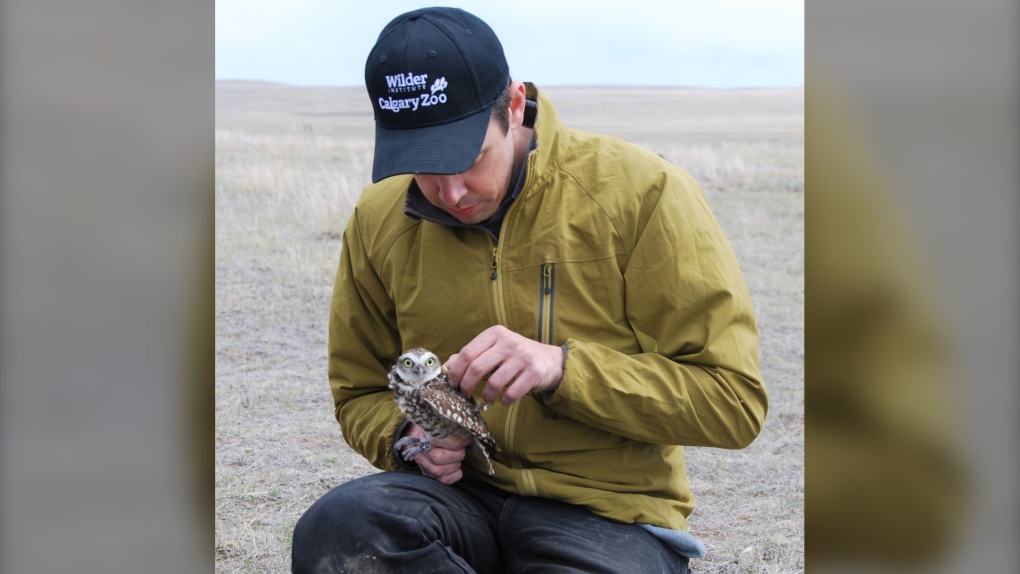 Workers with the Wilder Institute/Calgary Zoo will be monitoring the lives of 20 burrowing owls in the wild over the next while to make sure they thrive. (Supplied)

Zookeepers, who cared for a group of endangered owlets, hope to see the birds mating and laying eggs this season to help bolster Alberta's wildlife population.

Over the past year, staff at the Wilder Institute/Calgary Zoo worked at the facility's Wildlife Conservation Centre (WCC) to raise 20 burrowing owls to give them a head start on a life in the wild.

Without the threat of predators, extreme weather, competition for food and resources, the owls rate of survival has greatly increased, officials say.

"Conservation head-starting is just one piece of a very challenging puzzle," said Graham Dixon-MacCallum, conservation research population ecologist with the Wilder Institute/Calgary Zoo, in a release.

"We know that burrowing owls still face threats in their grasslands habitat, but thanks to this important collaborative effort there are more owls in the wild to regain a foothold in the province."

Staff members that worked with the owlets say they were "lucky" to be a part of their lives.

"It's fantastic to see the progress they have made here at the WCC," said Colleen Baird, senior manager of animal care with the Animal Care, Health, & Welfare team at the Wilder Institute/Calgary Zoo.

"We want to make sure that the owls are equipped to overcome challenges in the wild. Our team of veterinary, animal care, and conservation research experts work together to ensure the owls are healthy and have excellent body condition."

The Prairies are where Canada's burrowing owl population makes their home and habitat loss, climate change and other environmental changes have led to their decline.

"Canada's burrowing owls have seen a more than 90 per cent decline in their population over the last 40 years and are still facing significant threats. One of the many factors that limit their population from growing is the low survival rate of owlets hatched in the wild," the zoo said.

Now that they are free in the Canadian grasslands, the owls are able to nest in secure burrows installed by team members and equipped with a netted enclosure.

They will also be provided food at the location until they lay eggs of their own.