One person was killed and several homes were evacuated following a shooting in the community of Falconridge on Monday.

Officers responded to the 0-100 block of Falsby Way N.E. shortly before 11 a.m. for reports of shots fired.

Police say one man was found dead at the scene.

Officers cordoned off Falsby Way as well as a section of 54th Street N.E. while they investigated. 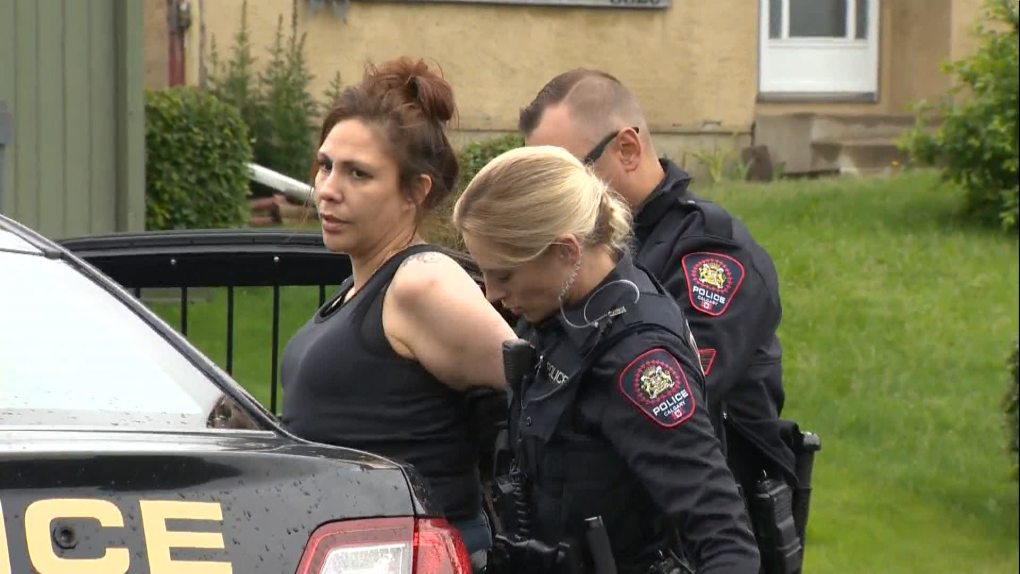 CPS members walk a handcuffed woman to a CPS vehicle during Monday morning's response to a shooting in Falconridge.
An autopsy will be conducted later this week, at which time it's expected the victim's name will be released.

The death is the second in Calgary in the last two days; on Sunday, a body was discovered in Mount Royal by someone out walking their dog.

"Although we are in the preliminary stages of the investigation, investigators do not believe the two suspicious deaths are related," police said in a release.

Investigators are in the process of interviewing witnesses and canvassing for CCTV footage.

Neighbours and police say the tactical unit has been called to the house on Falsby Way in the past - including about a month ago.

"Things have gotten bad in the last ten years or so,” said one neighbour who did not want to be identified. "It’s been a bad news magnet the past 10 years or so."

The body was removed from the scene at around 5:20 p.m.

Then, shortly before 6 p.m., police towed a black Nissan Rogue from the scene.

The body had been located just to the rear of the vehicle. It's unclear what connection the car has to the case.

Anyone with information is asked to call the Calgary Police Service's non-emergency line at 403-266-1234 or to contact Crime Stoppers anonymously.

Police in Ontario say they have taken down a criminal network they allege trafficked cocaine and fentanyl and smuggled guns into Canada from the U.S.