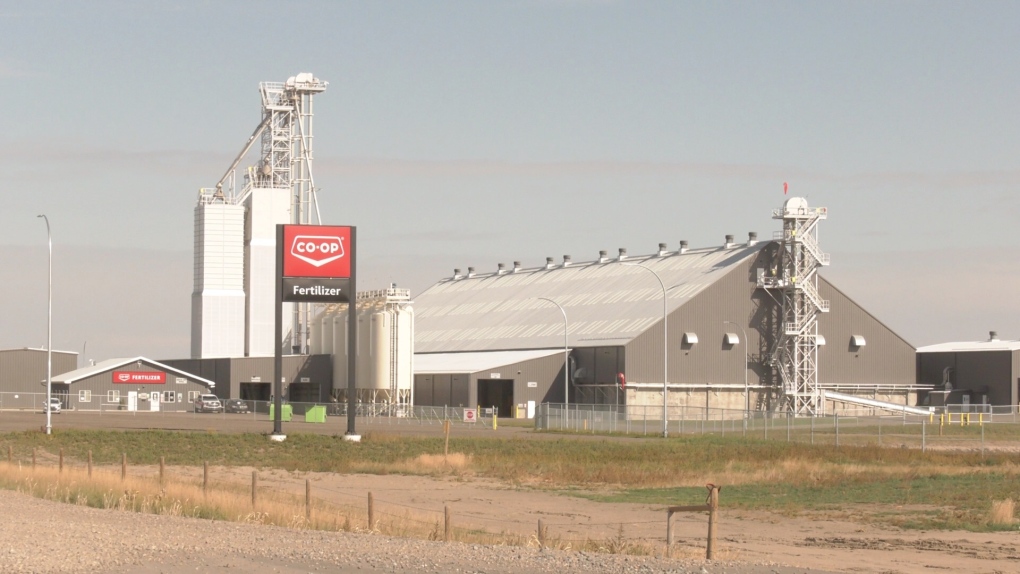 It’s the first fertilizer terminal in Alberta for the Saskatoon-based company, and their third terminal on the prairies. The storage and distribution terminal will supply 35 agro locations in Alberta, include the South Country Co-Op sites in the southern part of the province.

“This facility is really going to be instrumental in providing better service and support to farmers through our local Co-Op retailers,” said Ron Healey, FCL’s vice-president of Ag and Consumer Business.

The facility is located just off Highway 3, about 10 kilometers west of Grassy Lake, which is about 85 kilometres east of Lethbridge.

Healey said the facility has capacity to store about 34,400 metric tonnes of fertilizer, which can be efficiently shipped out to retail stores, or direct to farms.

According to Healey it was important to choose a site that had good rail access. The terminal is located along the CP rail line, and includes a loop-track.

“So we can take up to 110 unit car trains at a time,” said Healey. “Which really gives us access to buy product at global prices.”

“We knew there were longer term plans to twin the highway. That was a positive from our perspective.”

Healey said in the short term, the company took the initiative to work with the Alberta government to add some safety precautions at the nearby Highway 3 intersection.

FCL approved the project at the beginning of 2019, and construction started in the spring of last year. The terminal has been operational for about a month.

Despite the impact of COVID-19 on the farming community, Healey said the large facility meets FCL’s long term plans. “We are really excited about the long term vision and opportunity for agriculture, and for Co-Op in Western Canada.”