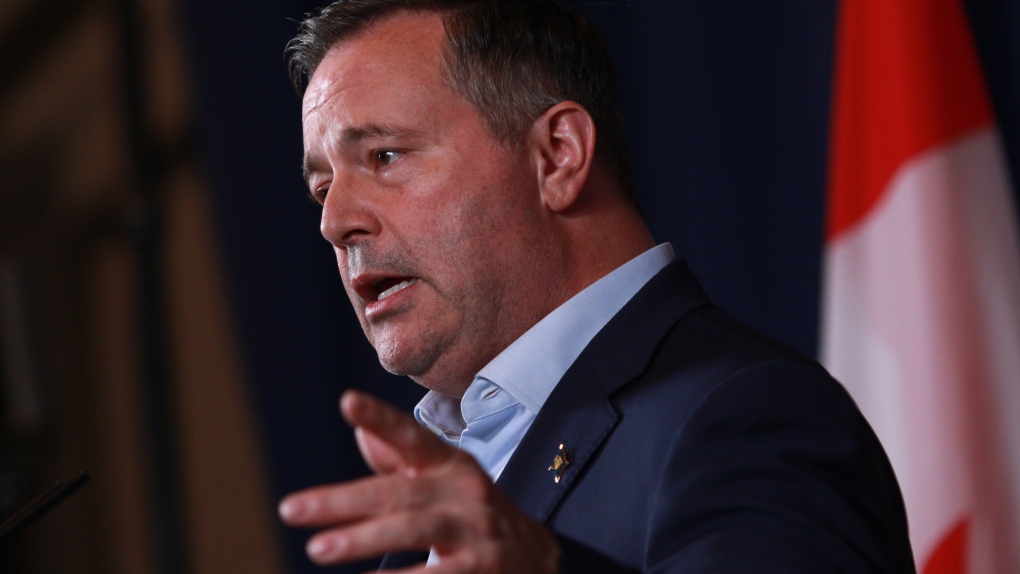 Former Alberta premier Jason Kenney answers questions during a press conference as premiers meet on the final day of the summer meeting of the Canada's Premiers at the Fairmont Empress in Victoria, B.C., on Tuesday, July 12, 2022 THE CANADIAN PRESS/Chad Hipolito

The former Alberta premier and United Conservative Party leader made his statement on Twitter, thanking constituents for supporting him during his 25 years in politics.

His statement included a letter of thanks to those individuals, saying the time had come for him to resign.

"A different government is in place, and the next election will occur in a few months," he wrote. "So, after a great deal of reflection and consultation, I have concluded that now is the best time for me to step aside as MLA."

Kenney also thanked all the public servants and volunteers who assisted him during his time in politics.

'ENVY OF THE WORLD'

He also wrote about his concerns about democracy in Canada and Alberta, places he considers in many ways to be "the envy of the world," and the institutions he sees are eroding each day.

"I am concerned that our democratic life is veering away from ordinary prudential debate toward a polarization that undermines our bedrock institutions and principles," he said.

"From the far left, we see efforts to cancel our history, delegitimize our historically grounded institutions and customs, and divide society dangerously along identity lines. And from the far right, we see a vengeful anger and toxic cynicism, which often seeks to tear things down, rather than build up and improve our imperfect institutions."

Kenney says he hopes for a time where both Canada and Alberta can "move past this time of polarization."

Kenney's first step into politics came when he was elected to the House of Commons in 1997 as a member of the Reform Party of Canada. He was then re-elected as a member of the Canadian Alliance and then served five terms in the Conservative Party.

He held several ministerial posts under Prime Minister Stephen Harper, but resigned his seat in 2016 after announcing his intent to run for leadership of Alberta's Conservatives, eventually merging it with the Wildrose Party.

Kenney became leader of the UCP in October 2017 and defeated the ruling NDP in Alberta's 2019 general election, becoming the province's 18th premier.

His resignation comes on the day of the throne speech, just ahead of the first legislature session with Premier Danielle Smith at the head of the province and the UCP.

I have resigned as Member of the Legislative Assembly for Calgary-Lougheed.

Thank-you to my constituents for the honour of representing them in Parliament and the Legislature over the past 25 years.

More than 80 Toronto police officers are expected to be in and around Toronto Transit Commission locations to reduce victimization, prevent crimes of opportunity and enhance public safety.