Going to see The Rise of Skywalker? Why not make a day of it… literally 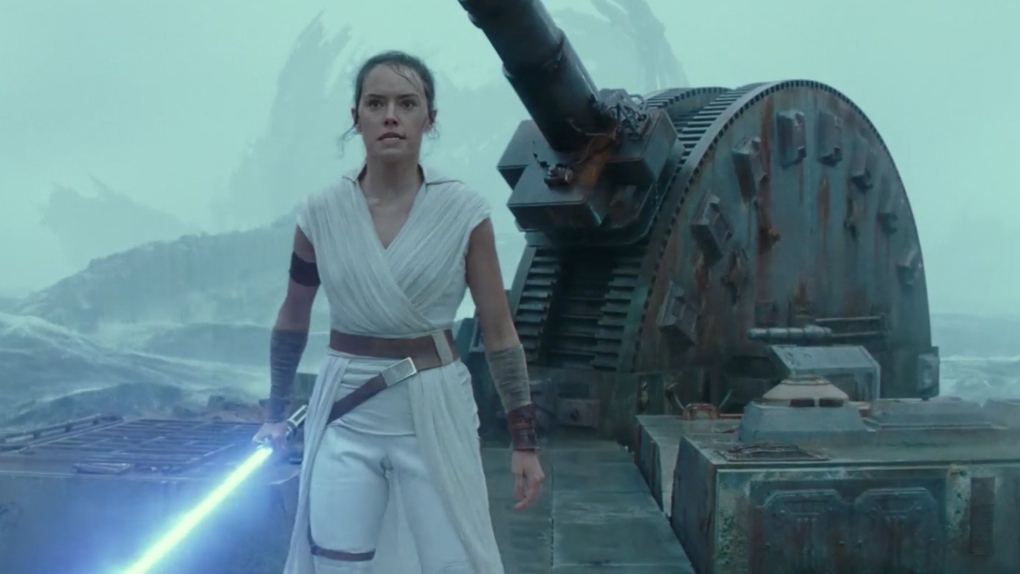 "The Rise of Skywalker," the final "Star Wars" movie, will be released on Dec. 19 in the U.K. (Starwars.com)

CALGARY -- Die-hard Star Wars fans across the country have been waiting a long time to witness the conclusion of the newest trilogy with Episode IX: The Rise of Skywalker, set to open in theatres next week.

In order to prepare for the ninth movie in the series, Cineplex is offering fans in Toronto an epic experience – all of the previous films, in order, for a 21-hour-long marathon.

For $60, movie goers can buy a ticket for the show, beginning on Dec. 18 at 7 p.m. at the Scotiabank Theatre in Toronto and buckle in to watch every movie over again, including Episode XI, on the big screen. The admission also includes a commemorative pin, blanket and small popcorn.

"Similar to the hugely popular 22-movie Marvel marathon held this summer, Cineplex works in consultation with Disney when deciding locations for these type of events," said Katie Rankin, a Cineplex spokesperson, in an email to CTV News.

According to IMDB.com, all nine of the movies, beginning with The Phantom Menace (1999) through to next week's The Rise of Skywalker have an approximate total running time of 20 hours and 42 minutes.

Cineplex officials say fans in other cities, like Calgary, will be able to experience the newest installment of the series an hour before its official release.

"These screenings are put on by Disney and give fans the chance to see the new movie one hour before its release. Fans also receive a special commemorative pin. Star Wars fans in Calgary can attend this special screening at Scotiabank Theatre Chinook on December 19 at 5 p.m."