Government review says Lethbridge SCS has 'most problems in the province' 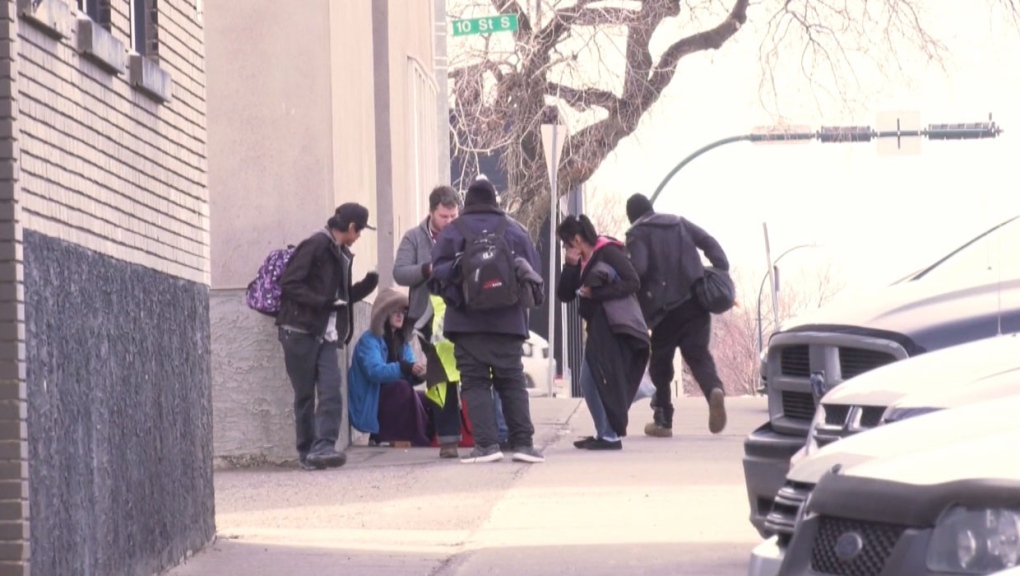 Officials with Arches, the organization that oversees Lethbridge's supervised consumption site, say it's not unusual to have over 800 visits from clients every 24 hours.

LETHBRIDGE, ALTA. -- A government report on supervised consumption services in Alberta has found serious problems in the way the sites are being operated and says they haven’t helped to decrease crime or reduce needle debris in areas where they are located.

Alberta’s Associate Minister of Mental Health & Addictions says the report is a "wake up call" for Alberta. "From increases in social disorder to discarded needles to the near absence of referrals to treatment and recovery. What we see is a system of chaos."

Among the report's key findings; residents were left out of consultations, record and data keeping is inconsistent. It also stated opioid-related calls for EMS and police calls for service in the immediate vicinity of the sites generally increased, along with an increase in needle debris on public and private property in the area.

Justice Minister Doug Schweitzer says the study has been eye opening for the government to take a look at what’s happening in Alberta communities.

The report concluded the Lethbridge SCS site, operated by Arches, "may be facing the most problems in the province," adding concerns were disproportionately higher than concerns expressed at other sites.

"What I do see is that we are the busiest in the province."

She says the volume of people they see in at the Lethbridge site in a single day far supersedes that of any other facility in the province.

Bourque says the site sees about 136 different users each day, but some are accessing the facility multiple times a day.

Bourque says addressing a greater volume of usage inside the facility and a greater number of clients requires an increased number of staff.

"In order to provide supervision for an operation of that size we need more staffing bodies."

According to the report, the Lethbridge site is estimated to be one of the costliest on a per-capita basis, where $3,200 is spent per unique client, compared to about $600 at other sites. Bourque says one of the reasons for that is the large number of programs that were rolled out to address some of the unintended consequences of the service.

"The mitigation strategies in general cost us about $1 million a year to support the neighbourhood, whereas most other places don’t all of those pieces in place."

Some of the strategies include 24-hour security, not only for the site, but for businesses within close proximity, as well as a "Clean Sweep" program that operates five days a week, picking up garbage and debris in the area.

Lethbridge councillor Blaine Hyggen says he is excited by the report.

"We’ve been advocating for this for quite some time," he says, adding the government has listened to the community.

"There’s businesses out there, there’s citizens, and we just haven’t addressed that, I don’t believe."

Hyggen points out the review committee report heard from 19,000 people from communities across Alberta who voiced concerns. He stressed he’s not advocating the Lethbridge site be shut down, but he hopes to see action on how the services are delivered.

"Another thing I really hope to hear is that needles will not leave the site, so we don’t have to deal with all this needle debris."

Mayor Chris Spearman says the supervised consumption site has always been the responsibility of the province.

"This report will be happily received by some in the community, and received with disappointment by others."

Spearman says regardless of which camp people are in, the community needs to find a common thread, which remains the need for more supports for those battling substance abuse.

"The ministers will hopefully work with the community and with ourselves on city council, to look at what solutions are best."

The mayor says he has some concerns about what might happen if the SCS is shut down.

"What then happens with needle debris, and needle distribution, will there be more of that, will it be throughout the city."

Spearman says whatever the solutions are, there needs to be a net benefit and positive impact on the city.

The review committee says it’s now up to the government to take the information, consider the next steps and incorporate solutions.

Arches says its operating license has been extended for six months while the government decides on the future of supervised consumption services.