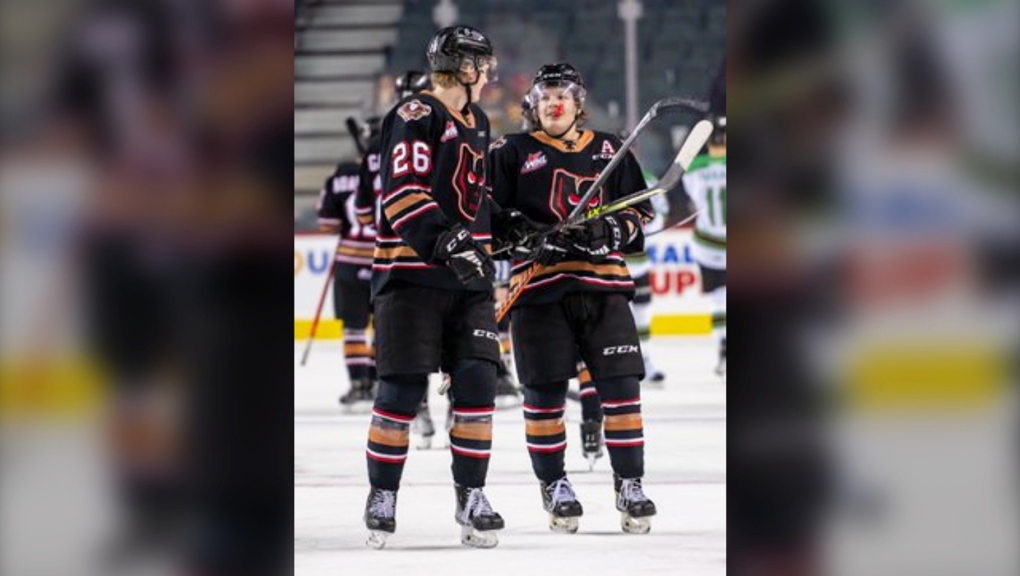 The Hitmen returned to the Dome Friday after a 10-day road trip to the U.S. (Twitter@hitmenhockey)

The Hitmen kicked off a busy weekend with a defeat Friday, dropping a 5-2 decision to Prince Albert in the first game of a three-game weekend for the team.

Returning from a successful 10-day road trip to the U.S., Calgary's Trey Patterson scored in the first period to tie the score after Prince Albert's Owen Boucher opened the scoring.

The Hitmen's Zac Funk gave the team a one-goal lead early in the second, before Prince Albert surged back into the lead with goals from Keaton Sorenson and Landon Koisor.

In the third, Sorenson added a second goal, followed by a Raider goal by Evan Herman.

On the bright side, a couple Hitmen achieved individual milestones Friday: Riley Fiddler-Schultz played his 200th career game while goaltender Brayden Peters made his 3,000th career save.

The Hitmen travel to Medicine Hat for a game Saturday, before returning to the Saddledome to take on Red Deer Sunday at 6 p.m.

Tickets are on sale for the ENMAX Teddy Bear Toss game, Sunday Dec. 4 at 2 p.m. against the Moose Jaw Warriors. For more information, go to hitmenhockey.com.