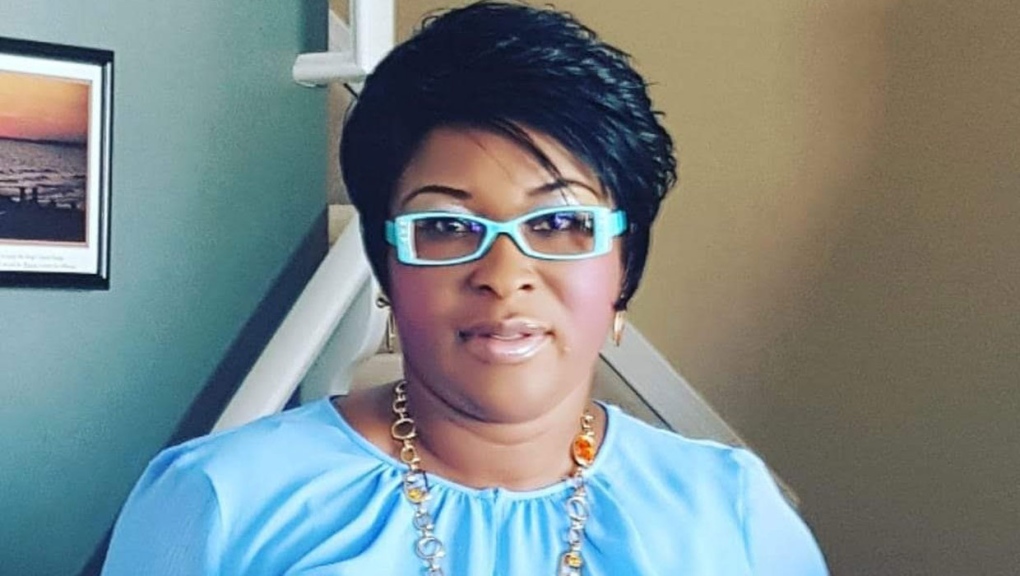 CALGARY — The sister of a careworker who was stabbed to death while on the job at an assisted-living home says she doesn’t want any other family to suffer the same way.

Nancy Euwangue travelled from her home in England to be at Monday’s court appearance in Calgary for Brandon Newman.

Newman, 18, is charged with second-degree murder in the Oct. 25 death of Deborah Onwu.

“I want to be here because I want justice,” Euwangue said outside court.

“It’s a long way from home but I have to be here. What happened to Debbie shouldn’t happen to another family. I know the pain my family is going through, my siblings, all of us.

Newman is in custody and appeared in court via closed-circuit TV.

A judge ordered him to undergo a 30-day psychiatric evaluation at the Southern Alberta Forensic Psychiatric Centre to assess his fitness to stand trial. He is to be back in court Dec. 2.

Newman’s lawyer, Allan Fay, has described Newman as extremely childlike and has said it’s doubtful the man is capable of properly instructing a lawyer for his defence.

“I have no grievances against this young man whatsoever, but it doesn’t make sense to me that he needs to see a doctor,” said Euwangue.

“I need answers. Nobody’s giving me the answers that I need. How can one person stab someone?”

The Canadian Union of Public Employees has said Newman has a violent history and required two-on-one care for his complex health needs. It said another worker was at the home the night Onwu was killed, but was on a different floor dealing with another client.

Euwangue said her sister moved to Canada from Nigeria 23 years ago and often spoke about the dangers of her job.

“I would constantly tell her, ‘You need to stop this job. Why do you keep doing it? You don’t need to do it.’ But she mentioned to me, ‘I like helping people.”‘

Euwangue said Onwu told her that most of her patients no longer had parents. And she felt there was nothing wrong with her helping them and encouraging them to be better people.

“Unfortunately, she died doing what she liked the most.”

Wood’s Homes, which operates mental-health facilities and programs for children and families throughout Alberta, has said it is conducting its own investigation and co-operating with police and the province’s Occupational Health and Safety unit.