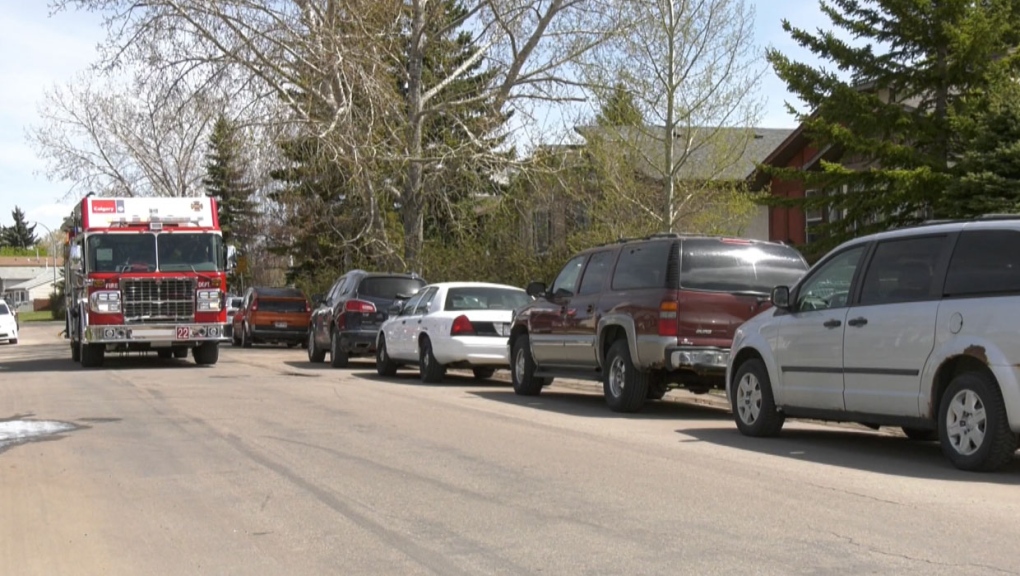 The Calgary Fire Department was called to respond to a fire on Falsby Road N.E. and found a victim who had been burned.

Fire officials say a man was severely burned in an incident that occurred in the kitchen of a northeast Calgary home on Sunday afternoon.

The Calgary Fire Department responded to a home in the 100 block of Falsby Road N.E. and found several occupants of the home outside.

They told firefighters there had been a fire in the kitchen and that one person had been burned and was still inside the home.

"On entry, crews located the injured occupant and brought the mid-30s male to safety," CFD said in a release.

"Crews were able to ensure that the fire was extinguished and conducted a search of the remainder of the dwelling."

Fire officials say the man suffered burns to his hands, arms and legs that were likely caused when he had attempted to remove a burning pot of cooking oil from the stove.

A second person was taken to hospital for smoke inhalation, but no one else was injured in the incident.

Damage was limited to the kitchen and stove area, with minor smoke damage in the rest of the home.

A new study by climate scientists suggests some 'hot spot regions' around the world contain ecosystems that are at-risk due to water availability.