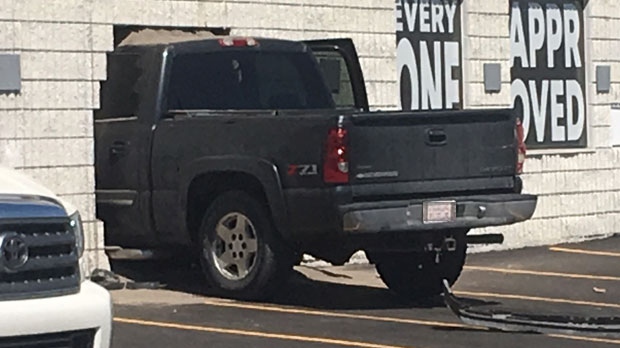 A man is in hospital in stable condition after a crashing into the CTrain and then a business near 36 Avenue S.E.

A man has been sent to hospital after he slammed into a building after crashing into the CTrain at 36 Avenue S.E.

Police say that a truck was heading eastbound on 36 Avenue S.E. at about 11:30 a.m. when it crashed into the northbound CTrain. The vehicle then continued driving where it burst through the wall of a nearby business.

One man was taken to hospital as a result and police say he is listed in stable condition.

Calgary Transit says the incident impacted service in the area, shutting down the CTrain in both directions for a number of hours.

The intersection of 36 Avenue and Burnsland Road S.E. was also closed while police investigated the circumstances of the crash.