Man on Waterton, Alta. trail bear sprays man he may have mistaken for a bear 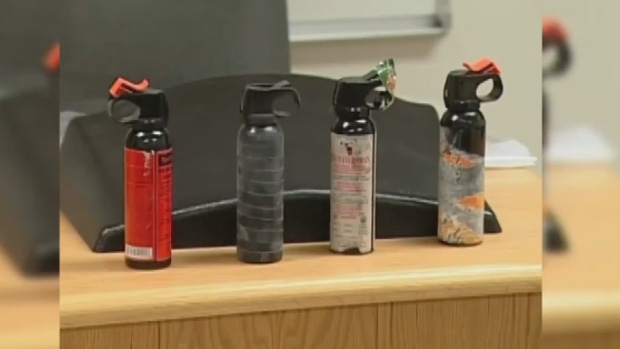 CALGARY -- It wasn't quite a man-bites-dog story, but an Alberta backwoods variation: a man-bear-sprays-man-he-may-have-mistaken-for-a-bear story.

That was how the Pincher Creek, Alta. RCMP were framing an unusual incident that took place Sept. 20 on Bertha Lake Trail in Waterton National Park, in southern Alberta.

According to a release issued by the RCMP,  one man was bear sprayed by an unknown male who was startled along the trail. The police believe there was no criminal intent involved, but would like to talk to the sprayer about the incident.

He's described as being somewhere between 40 and 50 years old, around 5'8", with a stocky build. At the time of the incident, he was wearing a blue shirt. It is thought that he could possibly be of Eastern European descent.

The man who got sprayed was examined by EMS and cleared.

It's not clear what time of day the incident took place and if the man believed the other man was a bear. CTV has reached out to the RCMP for clarification.