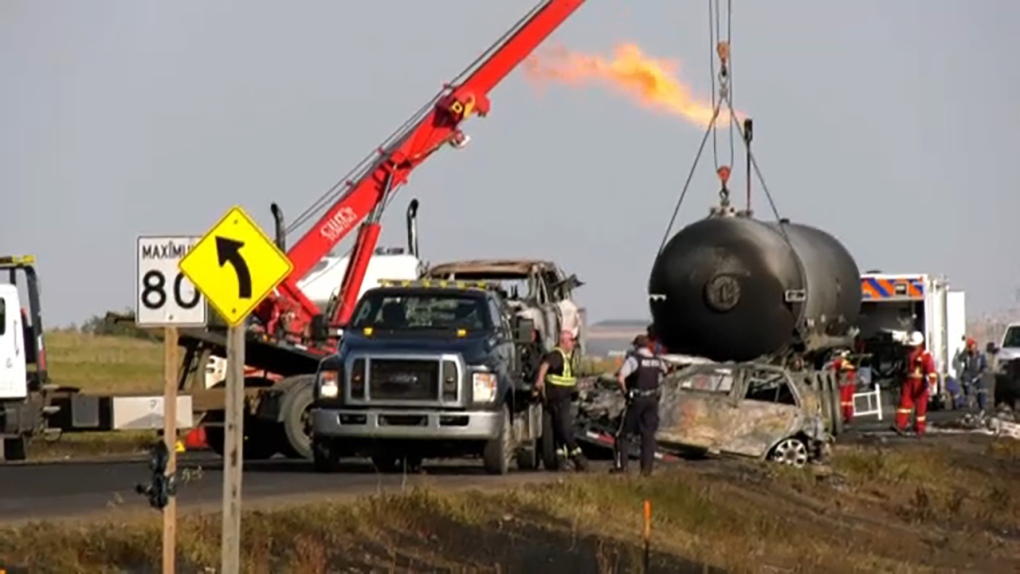 CALGARY -- A Manitoba man is facing charges of dangerous driving causing death related to a fatal crash on Highway 9 near Oyen in August 2019.

The crash happened between the communities of Cereal and Chinook, about 280 kilometres east of Calgary.

According to RCMP, 10 vehicles were involved, including three semi-trucks and seven passenger vehicles. One of the trucks was hauling fuel, which ignited following the impact, causing a number of vehicles to catch fire. A second semi was hauling butane.

Police say the collision area was consumed with flames and an evacuation order was issued for the nearby Hamlet of Chinook.

RCMP said at the time the victims in the crash were all from Saskatoon.

Residents told CTV News at the time the explosion shook some homes.

He is scheduled to appear in court next in Hanna on April 22.