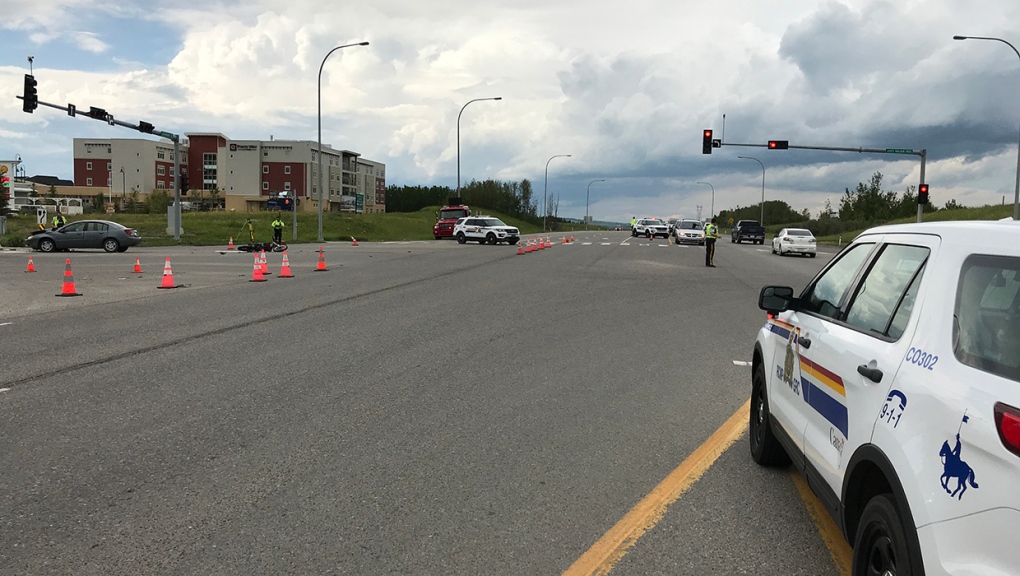 RCMP officials confirm a 64-year-old man has died as a result of a Monday afternoon crash involving a motorcycle and a car.

The collision occurred shortly before 3 p.m. at the intersection of Highway 22 and James Walker Trail. According to RCMP, a northbound car made a left hand turn in front of a southbound motorcycle and the two vehicles collided.

RCMP confirm the motorcyclist, a 64-year-old man, has succumbed to his injuries.

The condition of the driver of the car, a 78-year-old woman, has not been released.

The crash remains under investigation but the intersection reopened to traffic prior to 7 p.m.