Construction on a new hotel in Calgary's culture and entertainment district will break ground in 2024, and the developer is hopeful a new Calgary arena will be under construction by then too.

The Calgary Municipal Land Corporation (CMLC) and Calgary Stampede announced on Tuesday that Matthews Southwest Hospitality will be the development partner for the hotel, which will sit on a 31,000 square-foot parcel of land at the southwest intersection of Stampede Trail and 12 Ave. S.E., next to the Cowboys Casino.

"Well, there's no kidding about it. We hope that (a new event centre) happens, but we're building anyway," said Mike Garcia, president of Matthews Southwest Hospitality.

"We feel like there's enough in this market for sustainability of this hotel, but hands down, we hope (a new arena) happens," he said.

The hotel, which is expected to have more than 220 rooms, will be the first on the Stampede grounds and will connect directly to the BMO Centre – which is currently under expansion.

"We have over 20 conventions booked post-opening at this point and that extends through 2028. We have other that have indicated they want a hotel before they book here," said Joel Cowley, Calgary Stampede CEO.

When its finished, the BMO Centre will be over a million square-feet, making it the largest convention centre in western Canada. 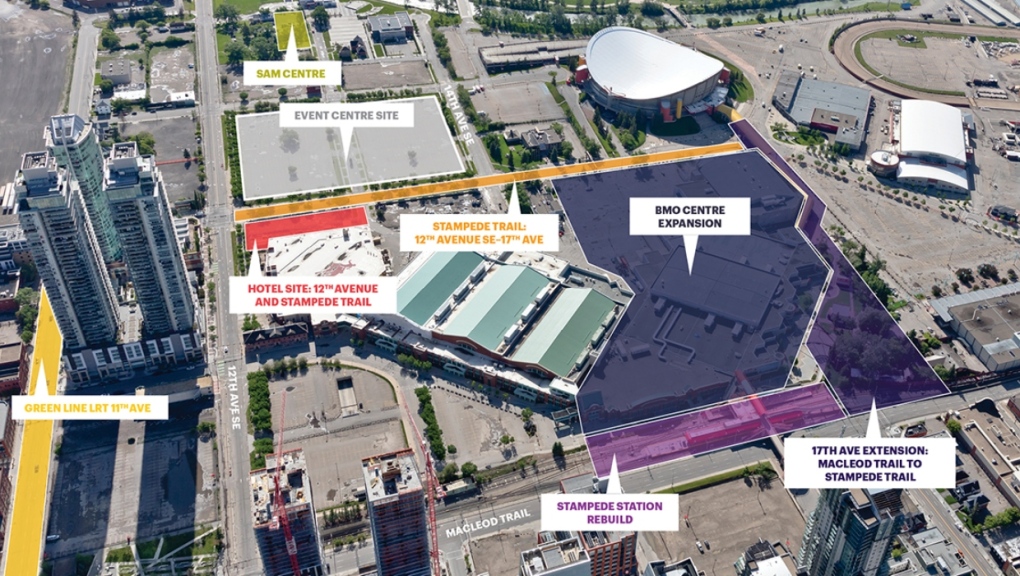 The Calgary Municipal Land Corporation (CMLC) and the Calgary Stampede have announced the development of a new convention centre hotel which will complement the dramatic expansion of Calgary’s BMO Centre. (CMLC) "It needs hotel rooms to support it, so that when people come to the city, people have a place to stay. It's a really critical part of the overall BMO Centre expansion project," said Kate Thompson, CMLC president.

The hotel development will be approximately $80 million, according to the CMLC, but the final cost will be determined as the design process continues.

Matthews Southwest Hospitality has completed projects around the world as a developer, including The Bow building in Calgary.

Search teams and emergency aid from around the world poured into Turkiye and Syria on Tuesday as rescuers working in freezing temperatures dug, sometimes with their bare hands, through the remains of buildings flattened by a magnitude 7.8 earthquake. The death toll soared above 5,000 and was still expected to rise.

China said Tuesday it will 'resolutely safeguard its legitimate rights and interests' over the shooting down of a suspected Chinese spy balloon by the United States, as relations between the two countries deteriorate further. The balloon prompted U.S. Secretary of State Antony Blinken to cancel a highly-anticipated visit to Beijing this week that had offered slight hopes for an improvement in relations.

John Benoit of West Jeddore, N.S., says he has been beachcombing for over 50 years, but his most recent discovery -- a Killick anchor -- is by far his most memorable.

Will Biden's second state of the union mark a less protectionist approach to Canada?

A new poll suggests a majority of Canadians still see the United States as their country's closest ally, even in an age of isolationism and protectionist policies.