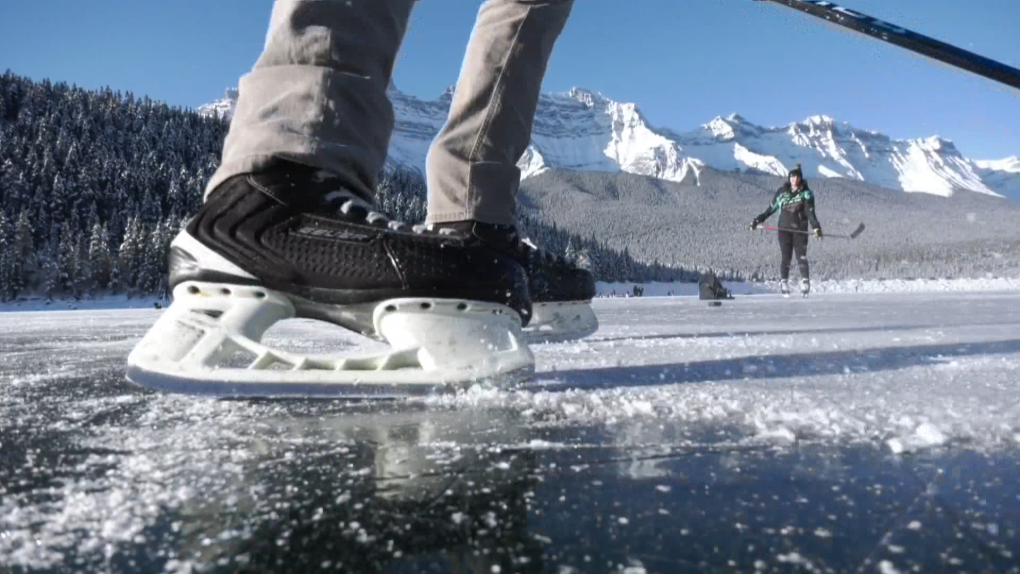 Lake Minnewanka is a picturesque setting for anyone to enjoy some skating time, but officials say visitors need to make sure the ice isn't too thin. (File)

CALGARY -- After several skaters fell through the ice on Lake Minnewanka, Parks Canada officials have issued a reminder to visitors to take precautions while skating.

Over the past two days, officials say four people had fallen through the ice at the glacier-fed lake. While three of them were able to get out of the frigid water themselves, the fourth required rescue personnel to respond.

Because of the incidents, Parks Canada is advising anyone who ventures out onto Lake Minnewanka to skate to take proper precautions.

Having access to safety equipment such as lifejackets, rope and ice picks is also useful, they said.

"The recommended minimum thickness for ice skating is 15 centimetres or 6 inches of solid ice."

The weather in Banff has been unseasonably warm lately, as Environment Canada measured a record 3.1 C in the mountain community on Thursday.

Four people have fallen through the ice on Lake Minnewanka in Banff NP in the past two days. Three were able to self...