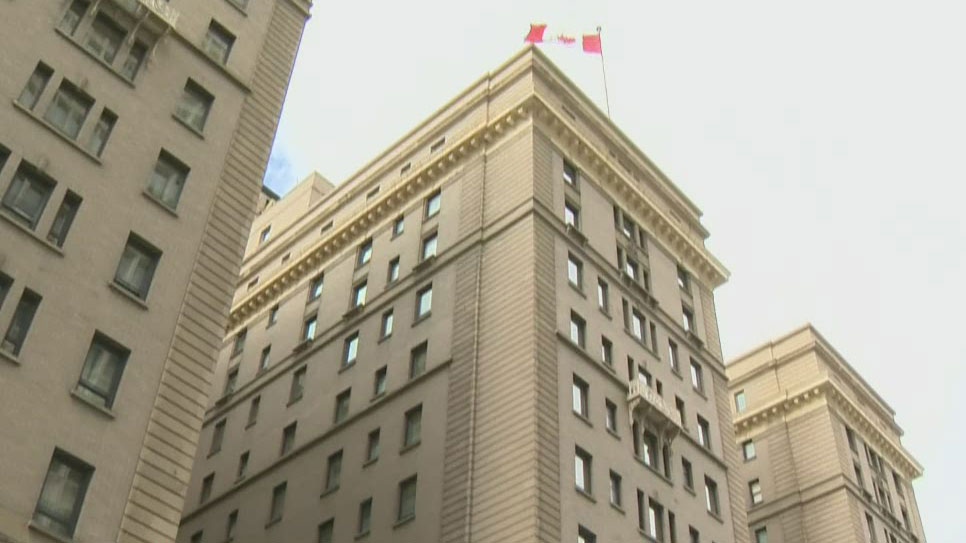 Calgary's Fairmont Palliser is seen in this file photo. Lodging providers in Alberta are able to keep the tourism levy collected until the end of the year.

CALGARY -- The province will allow lodging providers to keep tourism levies collected between March 1 and Dec. 31, a move government says will free up between $16 million and $27 million for the hospitality sector.

“Alberta’s tourism industry is a key contributor to our economy and it creates jobs and revenue that so many communities across our province depend on," said Trade Tourism and Development Minister Tanya Fir in a statement.

"We’re committed to providing industry the support it needs now so that it can recover and grow.”

Roughly 30,000 Albertans are employed in the hospitality sector, according to government estimates.

An announcement on measures to support local tourism is also expected from Travel Alberta.

“The tourism industry and our accommodations providers were dramatically and suddenly hard hit by the impacts of COVID-19," said Travel Alberta CEO Royce Chwin in a statement.

"These businesses play a critical role in the traveller experience and will be essential in the restart of Alberta’s visitor economy."

Levies collected prior to March 1 under a previously announced deferral program can continue to be deferred until Aug. 31. Accommodation providers are also still expected to file returns throughout this year, as required by legislation, and will be expected to resume regular tourism levy payments in 2021.

The measures are part of a broader 10-year plan announced earlier this year aimed at increasing annual tourism spending in Alberta to $20 billion by 2030.

The travel industry has been decimated during the ongoing COVID-19 pandemic as airlines have reported up to 90 per cent declines in passenger numbers.

The federal government also announced Tuesday the Canada-U.S. border will remain closed to all but essential travel until at least June 21.