Sam Bennett is finally living up to the high expectations the Flames had for him when they drafted him in 2014.

The only problem is he's doing it as a member of the Florida Panthers, who were defeated by the Flames 5-1 Tuesday night.

It was Bennett's first game against his former team and he scored the only Panther goal.

That first game was originally supposed to happen Jan. 4, but didn't because he got suspended.

There was no doubt Tuesday was a big night for Bennett, who was the Flames' fourth pick in the first round of the 2014 NHL draft – their highest draft pick ever.

"It's definitely different coming into the away dressing room," Bennett said, "but you know it's a cool feeling (coming back to Calgary).

"I had a lot of great memories in this building," he added, "and I was here for a long time, so it's pretty cool to be back here again."

Bennett's Calgary career started with all kinds of promise. In his rookie season, he scored 18 goals and added 18 assists and played with the truculence that team president Brian Burke said would be a trademark of the team. 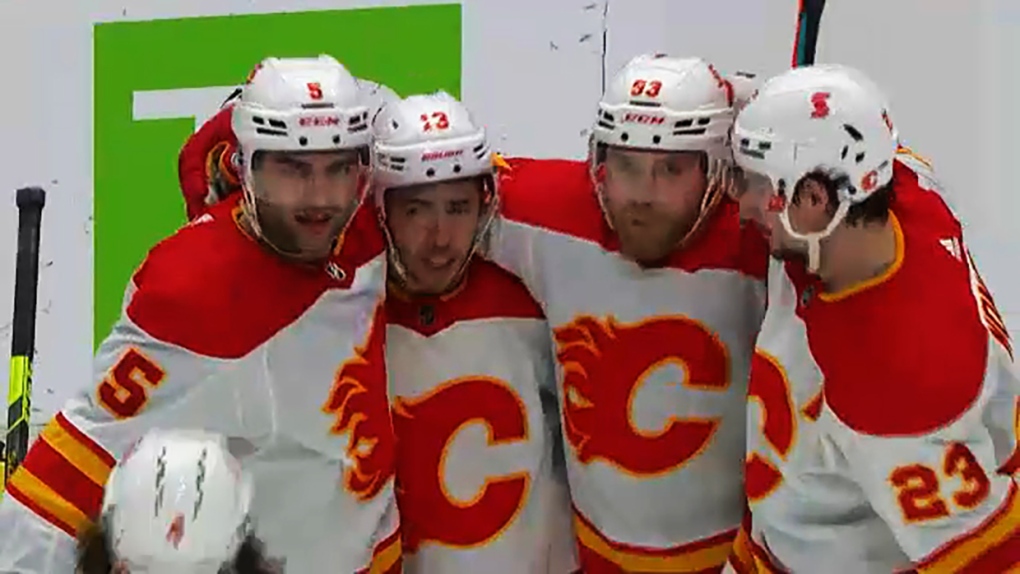 Sam Bennett celebrates as a member of the Flames

But that ended up being Bennett's best season with the Flames.

He had bouts of inconsistency and the team just could never find the proper fit for him. That led to Bennett eventually requesting a trade, and the Flames dealing him to the Panthers in 2021 for a second round pick in 2022 and prospect Emil Heineman.

And a funny thing happened. The moment he arrived in Florida, things clicked.

"I was given that opportunity to succeed," he said. "They were playing me a lot, putting me in a lot of big role positions and then it was up to me to take advantage of it… so yeah, I've enjoyed every minute of my change of scenery, that's for sure."

Florida has been the perfect fit for Bennett. He's playing top minutes and in 39 games, has scored 21 goals and chipped in with 17 assists.

Bennett's former teammates area happy for his success. They just don't want him to have too much of it against them.

"It's great," Johnny Gaudreau said Tuesday. "You know, he had a fresh new start in Florida and he's playing well, so good for him.

"Like you said, I was pretty close with him the past seven, eight years we played together, so it's going to be fun to play against him (Tuesday)."

Gaudreau had four assists Tuesday, Sean Monahan scored twice, and Matthew Tkachuk had a goal and assist in the Flames' victory.