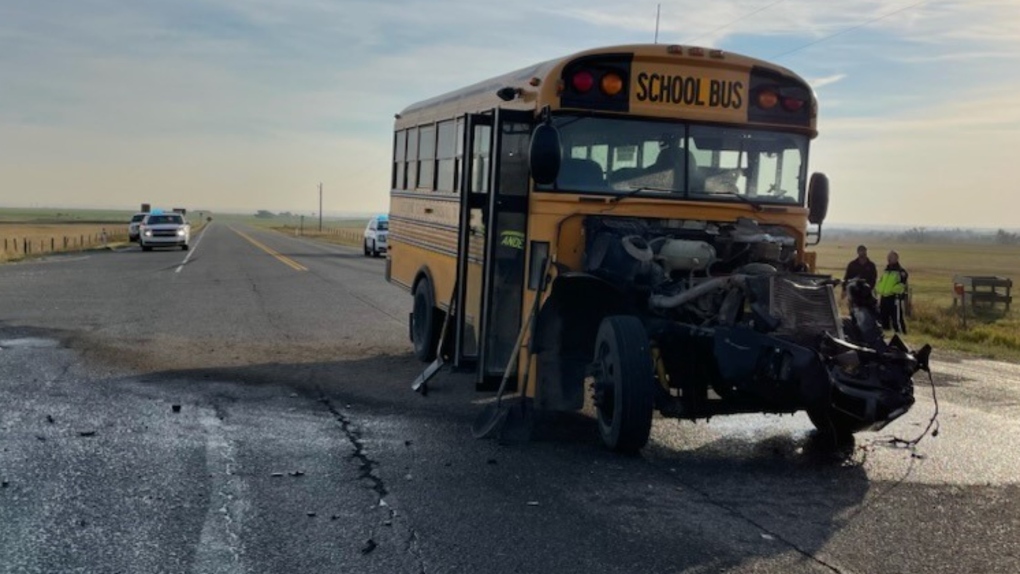 Damage to the front end of a school bus following an Oct. 5 collision with a semi-truck at the intersection of Highways 810 and 505 in southern Alberta. (RCMP)

A highway intersection north of Cardston, Alta. was closed to traffic following a Wednesday morning crash involving a school bus and a semi-truck.

RCMP officials confirm the vehicles collided shortly after 8 a.m. at the intersection of Highway 810 and Highway 505, near the village of Glenwood.

Fire crews, EMS and Mounties were deployed to the scene but only minor injuries have been reported.

Westwind School Division issued a statement Wednesday morning in which it confirmed there were three students on board the bus.