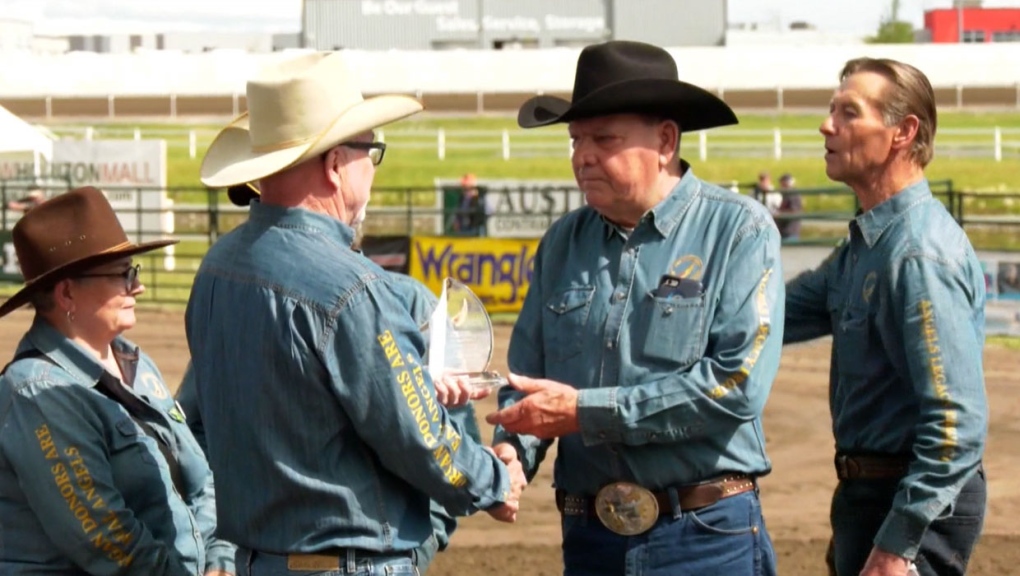 Morris Irvine, who has been working to raise money for the Canadian Transplant Association since his own lung transplant in 2011, received the Logan Boulet humanitarian award on Sunday.

One of the victims of the Humboldt Broncos bus crash left a lasting legacy for many people across the province and country and, on Sunday, a 72-year-old man was named the first recipient of an award named in his honour.

Logan Boulet has been an inspiration for many people to sign their organ donor cards and be aware of the gift one can give by donating their organs.

One Albertan, who received a lung transplant in 2011, has been working ever since to give back to his community after his surgery.

Morris Irvine has been offering trail rides to raise money for the Canadian Transplant Association and, in his first year doing it, he raised $25,000.

As a result of Irvine's efforts, he was given the Logan Boulet humanitarian award on Sunday.

"It's not only me that worked on this thing and got it going and made it something," he says. "It's my whole family and friends, relatives – they’ve all been there to help. I couldn't do it myself."

Boulet's family members were also at the ceremony and said the young man would be happy to see Irvine's contribution to the cause.

"I think he'd be greatly honoured. He'd be definitely surprised because he was a very low profile kid," said Norm McDougall, Logan's uncle.

Boulet was one of 16 people killed in the Humboldt Broncos bus crash on April 6, 2018. His organs were used to save six lives.