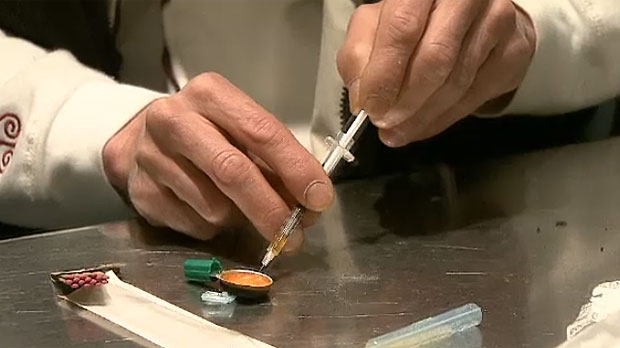 At Arches Lethbridge, which operates the supervised consumption site, staff have been reporting an increase in the number of overdoses in recent days, including four in one morning. All of the overdoses at the site were reversed. (File)

LETHBRIDGE, ALTA. -- There’s been a sudden jump in overdose deaths in Lethbridge this week, causing speculation that an extremely potent batch of opioids may be circulating in the community.

Agencies that work with the local street population say it has been the worst couple of days they’ve seen since carfentanil started showing up in the area about two years ago.

"Something is going around that they don’t have tolerance to," said Tracie Horvat, who works at Streets Alive Street Mission. "None of the people that passed away are new to this environment or new to drugs, so whatever is coming through is stronger, more potent than what we are used to seeing around here."

People who use the Lethbridge Emergency Shelter say there were three overdose deaths on Monday. Two were at the shelter and one happened in the adjoining Alpha House, which supports people affected by alcohol or drug dependency.

Stuart Macleod, a regular at Streets Alive Mission, said his friend, a man named Darrel, was one of those who died.

Streets Alive staff say one of the other victims was a woman, believed to be in her 30s.

Arches Lethbridge, the organization that operates the supervised consumption site, says it’s aware of three overdose deaths, as well as a suspected fourth overdose death that occurred over the weekend.

Arches says it doesn’t have any statistics, but says staff have been reporting an increase in the number of overdoses in recent days, including four in one morning. All of the overdoses were successfully reversed.

"You never really know what you’re getting, especially when you are using drugs from the street," she said.

Arches is advising clients not to mix opioids with alcohol, or use sleeping or anxiety medications on top of the opioids.

"If they are not going to use here, we recommend they take other precautions," says Butler.

"A kid I talked to earlier this morning … He told me, life’s not so great right now so it doesn't really matter. Which is heartbreaking."

Horvat says it’s been a rough few days for clients and staff, who’ve lost so many friends in such a short time. She says staff are doing everything it can to ensure everyone is aware of the higher risk.

"We tell them use all the precautions that you can, because something is going around that they don’t have a tolerance to."