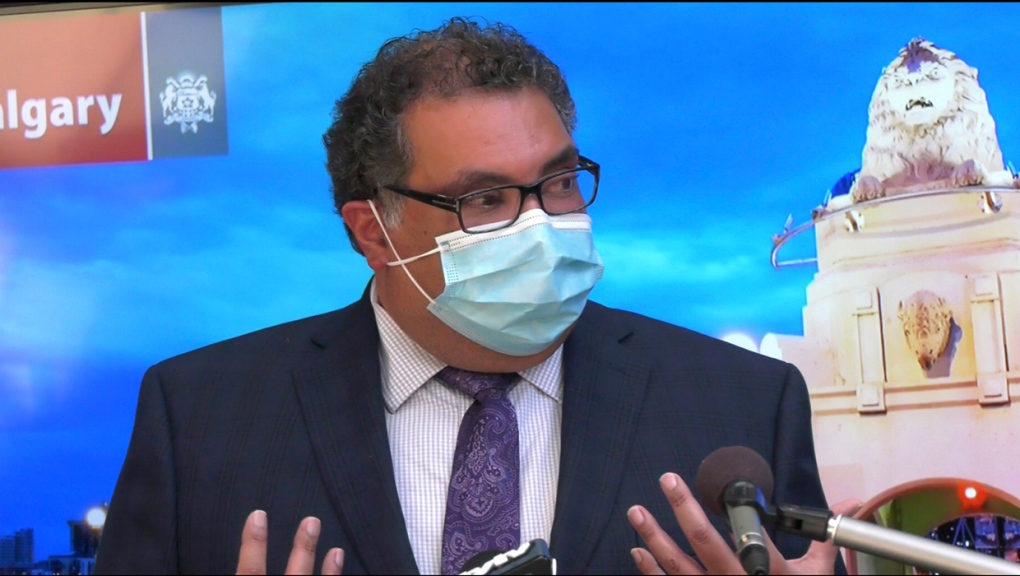 The State of Local Emergency is being lifted in Calgary as of Monday, said Mayor Naheed Nenshi. (File photo)
CALGARY -

The city has been under a State of Local Emergency since November 2020, which was renewed most recently on May 21 for 90 days. With it now lifted, Nenshi said most people won't notice much of a difference. The city's emergency management plan will remain in place, said Calgary Emergency Management Agency (CEMA) Chief Sue Henry, to ensure various departments are able to communicate and coordinate effectively.

The use of adaptive roadways (closing down lanes to allow pedestrians and cyclists more room) will remain in place through the summer, and masks will still be mandatory at indoor public places and on transit.

"For citizens, I will encourage you to keep doing what you're doing, wash your hands, wear your mask and get your shot," said Nenshi.

"This is another step in our movement toward a brighter future."

City council is set to debate the city's mask bylaw on Monday and Nenshi said he would like to see the benchmark for removal tied to second doses.

The province has said 68.5 per cent of Albertans age 12 and up have now received a first dose. The province will move to Stage 3 of its reopening plan when it reaches 70 per cent, which will see all provincial health measures removed.

Nenshi said he is also concerned by the outbreak of Delta variant at Foothills hospital, but noted the city will likely remove the mask mandate within weeks of when the province does.

"Ultimately, we're probably talking about a difference of a few weeks at most," he said. "If the province chooses to lift their mask mandate by July 1, let's say, and we choose to keep it in place until we have a higher second dose percentage, if people continue to get their second dose at the rate they're getting them, the difference would probably be a couple weeks."

Nenshi said he would be surprised if the city hasn't lifted the mask mandate "by the end of July."

As the city begins moving back toward a sense of normalcy following the pandemic, Nenshi asked Calgarans to treat each other with kindness.

"People will have different comfort levels on how to move forward," he said.

The reason for the lifting of the SOLE, said Calgary Emergency Management Agency Chief Sue Henry, is because vaccination availability is increasing and hospital rates continue to decline.